Rabat - Seeking to contextualize the latest importations of European waste to the Kingdom, Delegate Minister of the Environment Hakima el-Haiti reported on Monday that Morocco imports 450,000 tons of foreign waste annually. 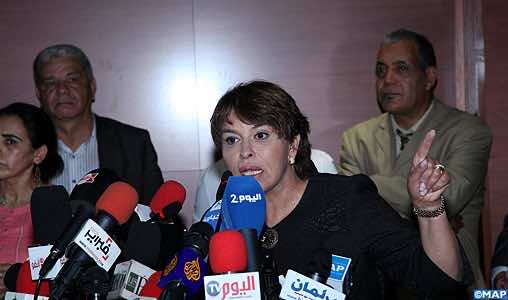 By
Bryn Miller
-
Bryn Miller is an rising sophomore at Claremont McKenna College majoring in International Relations and minoring in Arabic and Spanish.
Jul 11, 2016
Spread the love

Rabat – Seeking to contextualize the latest importations of European waste to the Kingdom, Delegate Minister of the Environment Hakima el-Haiti reported on Monday that Morocco imports 450,000 tons of foreign waste annually.

This month, uproar overthe importation and planned disposal of 5,800 tons of Italian and French trash has brought the debate over the global waste trade in the Kingdom into the political limelight.

The global waste trade, the process in which developing nations import and dispose of waste from industrialized nations, is a controversial topic. Proponents note that industrialized nations are able to lessen their waste piles while developing nations receive capital, and that the Basel Convention’s regulations limit potential damage to importers by banning the trade of hazardous waste. However, opponents believe the system exploits poorer countries, since the process of burning waste damages their environments.

Critics of Morocco’s importation of the Italian trash believed that the waste had originated from Campania, a region of Italy proven to contain toxic waste. Their protests were largely focused on the environmental consequences of burning this potentially toxic material. Others criticized the government for allowing the Kingdom to serve as Europe’s trash bin, exploiting the environment and dignity of their land. Outrage renewed on Friday when a ship carrying 3,300 tons of French garbage landed in Casablanca.

Following the government’s controversial efforts to promote environmental sustainability in preparation for COP22 , many citizens feel that authorizing the importation and burning of foreign waste is hypocritical. Some have called for Minister el-Haiti’s resignation.

The Minister held a press conference on Monday to defend her decision to allow these importations. Emphasizing that the practice is widespread, el-Haiti told reporters that the Kingdom imports 450,000 thousand tons of garbage each year. She noted that the waste is from the Pescara region, not Campania,and is not hazardous. The waste was tested twice by an internationally-certified lab to ensure it complied with RoHS standards of toxicity and Basel Convention regulations. El-Haiti told the reporters that she will not resign.