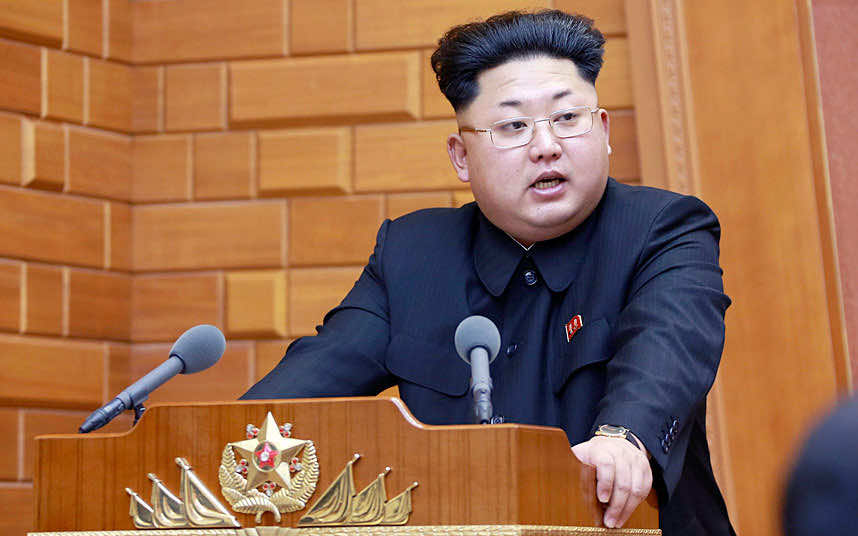 Rabat –  Kim Jong Un, President of North Kora said that the US sanctions against “are a declaration of war.”

The United States officially sanctioned Kim Jong Un and ten other North Korean officials for human rights abuses, according to CBS News. North Korea responded by ending all diplomatic communication and suggesting harsher punishment for Americans detained there, and called the sanctions “declarations of war.”

A recent US State Department report documented the humanitarian condition in North Korea. It estimated that between 80,000 to 120,000 citizens are held in prison camps, and that physical and sexual abuse and executions are frequent.

The US Undersecretary for Terrorism and Financial intelligence, Adam J. Szubin, stated that “under Kim Jong Un, North Korea continues to inflict intolerable cruelty and hardship on millions of its own people, including extrajudicial killings, forced labor, and torture.”

North Korea is already sanctioned for their nuclear weapons program, but Kim Jong Un himself was never specifically named in those sanctions. By being blacklisted, any assets the named people may have in the US are frozen, and US citizens are prevented from working with them.

“The United States has dared to challenge the highest authority of ours, committing the worst-ever hostile act that goes beyond confrontation over the so-called human rights issue. This constitutes an open declaration of war,” a North Korean statement said in response to the sanctions.

“Now that the US has made a declaration of war against us, all issues arising from relations with the US will forthwith be handled in accordance with DPRK’s wartime laws.” North Korea refers to itself as the Democratic People’s Republic of Korea (DPRK).

North Korea has threatened war against several countries multiple times since 1994, though only a few attacks have actually occurred. It is believed that their military equipment is outdated and in poor condition. Their ability to attack the United States with nuclear weapons is questionable, but they could potentially strike US interests in the region.