London  - Theresa May will on Wednesday become the politician tasked with leading Britain into talks to leave the EU after her only rival in the race to succeed Prime Minister David Cameron pulled out unexpectedly. 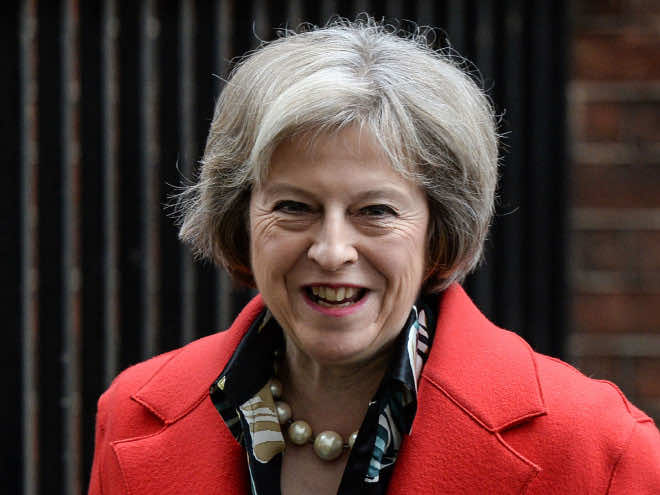 London  – Theresa May will on Wednesday become the politician tasked with leading Britain into talks to leave the EU after her only rival in the race to succeed Prime Minister David Cameron pulled out unexpectedly.

May was left as the only contender standing following the withdrawal from the Conservative Party leadership race of Andrea Leadsom.

“I am honored and humbled to have been chosen by the Conservative Party to become its leader,” said May in London after she was formally confirmed as the winner of the Conservative leadership contest on Monday afternoon.

“During this campaign, my case has been based on three things. First, the need for strong, proven leadership to steer us through what will be difficult and uncertain economic and political times; the need to negotiate the best deal for Britain in leaving the EU; and to forge a new role for ourselves in the world.”

Cameron said he would resign as prime minister on Wednesday, paving the way for May to take over the job the same day.

He said he expected to chair his last cabinet meeting on Tuesday, and then take questions in parliament for around 30 minutes from 11:00 GMT on Wednesday.

“After that I expect to go to [Buckingham Palace] and offer my resignation,” he told reporters outside his office in Downing Street. “So we will have a new prime minister in that building behind me by Wednesday evening.”

Britain has faced the worst political turmoil in generations following June 23’s shock vote to leave the European Union, which prompted Cameron to step down.