Rabat - Disturbing images and videos of an adult male physically and psychologically abusing young children have been circulating Moroccan social media for the past week. 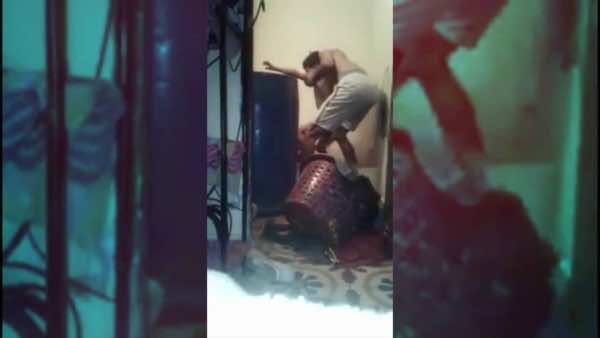 Rabat – Disturbing images and videos of an adult male physically and psychologically abusing young children have been circulating Moroccan social media for the past week.

The images and videos show a father beating, insulting and abusing his two children.

The children are subjected to abuse through hanging, drowning, and strangling. There have been a total of four videos released so far of the abusive father showing him preforming acts which were described as “inhumane acts of torture.”

The Man was reportedly arrested on July, 7 and was to stand before a judge at Laâyoune district court on Monday to answer for the charges brought up against him, which include child abuse, death threats and assault and battery with intent against children under the age of 15.

Based on Article 408 of the Moroccan penal code, the father will go to prison for a maximum of three years if convicted. The penal code states that “anyone who deliberately injures or brings harm to a child under the age of fifteen, voluntarily withhold food or care, jeopardize the child’s health or subject the child to any kind of violence or assault will face a sentence of one to three years in prison.”

The videos have created major controversy on and offline and many have expressed their anger and disappointment regarding the length and severity of the child abusers sentence which they had considered to be insufficient and not fitting for the crimes he had committed.