Tangier - The second Conference of Parties of the Countries Bordering the Mediterranean on Climate Change (MedCOP Climate 2016) wrapped upTuesday in Tangier, with recommendations calling for implementing a strategy for adaptation to climate change, based on coordinated and ambitious action plans. 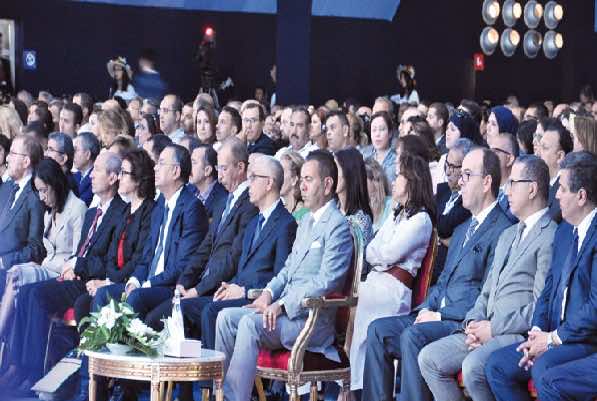 Tangier – The second Conference of Parties of the Countries Bordering the Mediterranean on Climate Change (MedCOP Climate 2016) wrapped upTuesday in Tangier, with recommendations calling for implementing a strategy for adaptation to climate change, based on coordinated and ambitious action plans.

According to the final document, the participants also called for a collective mobilization to fight climate change, underlining the need to implement appropriate concrete actions adapted to the specificities of territories in the Mediterranean, and build a common voice among States gathered in Marrakech for the 22th Conference of Parties of the UN framework Convention on climate change (COP22).

In this regard, they emphasized the need to strengthen cooperation between territories, notably by developing research, providing access to financing methods tailored to the territory and the economy and accelerating the transfer of skills and capacity building.

The presidents of regions, local authorities, entrepreneurs, economic and social decision-makers and civil society in the Mediterranean have undertaken to make their actions sustainable in view of a true positive climate agenda in the Mediterranean, coordinated by a permanent structure based in Tangier, according to the document.

Thus, they agreed to make the Mediterranean an area of excellence demonstrating that mitigation and adaptation to climate change constitute a lever for economic, social and cultural development of the region.

Organized by the Region of Tanger-Tétouan-Al Hoceima, this Mediterranean multi-actor climate conference brought together representatives from Mediterranean countries, private sector, civil society, as well as regional and international organizations.

The two-day event was be the opportunity to discuss the implementation of the Paris Agreement adopted in December 2015, to highlight the existing initiatives related to the climate action in the region and to formulate innovative ideas.

This conference was an important milestone for the Mediterranean countries and for the upcoming COP22 which will take place on November 7-18 in Marrakech.