Rabat - The US Department of State announced in a note to the media that the Deputy Secretary of State Antony Blinken will visit Morocco on Wednesday. The note, released on Monday, included information about his tour of Morocco, Algeria and Tunisia from July 20 to 26. 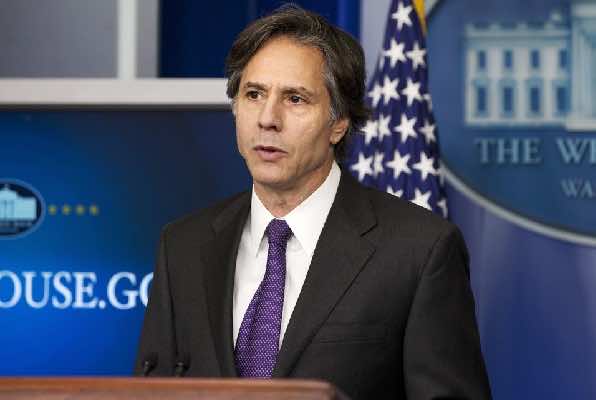 Rabat – The US Department of State announced in a note to the media that the Deputy Secretary of State Antony Blinken will visit Morocco on Wednesday. The note, released on Monday, included information about his tour of Morocco, Algeria and Tunisia from July 20 to 26.

While in Morocco, the US official will discuss “the country’s environmental leadership role,” and meet with “university students, entrepreneurs, and NGOs active in the fight against violent extremism.”

“In all of his discussions, the Deputy Secretary seeks to strengthen our ties with the people of this important region through our trade relationship, cultural exchange, and government-to-government-relations,” according to the same source.

Marrakech will host COP 22, the United Nations Conference of the Parties to the UN Framework Convention on Climate Change, in November of this year. It will continue the conversations started in COP 21, which was held in Paris, France last year.

As global fears of terrorism rise, the U.S. Department of State is working to take a “leading role in developing coordinated strategies and approaches to defeat terrorism abroad and securing the counterterrorism cooperation of international partners,” according to the Bureau of Counterterrorism. Visiting North Africa may help to build those partnerships to confront extremism in the region.