Rabat - The African Leadership Academy will be hosting its Annual Indaba in the Port City of Tangiers, Morocco. 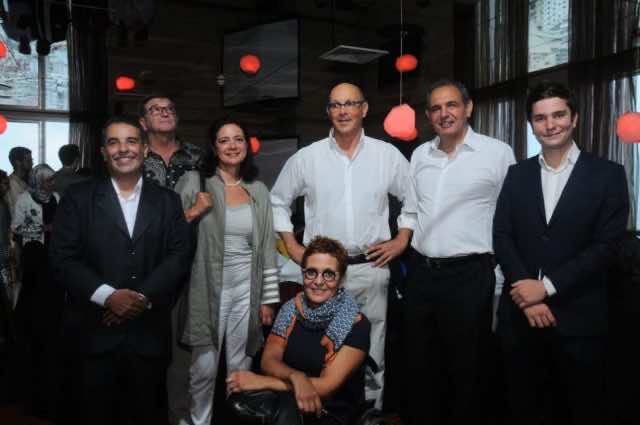 Rabat – The African Leadership Academy will be hosting its Annual Indaba in the Port City of Tangiers, Morocco.

This year’s event will be held at the Centre D’accueil, in conjunction with the Ministry of Youth and Sports, located in the heart of Tangier Centre Ville between July 21st and July 24th.

“As host to one of the largest ports in Africa and an economic powerhouse, Tangiers is an ideal spot to bring together the future Leaders of Africa for their reunion” said Mr. Elmahdi Oummih, Strategic Relations Director for the African Leadership Academy in North Africa.

Indaba means “gathering” in Swahili. Every year these gatherings are held by African Leadership Academy throughout the continent.  Last Year’s networking event was an incredible success and was featured on Moroccan National News. It saw the directors of some of the largest companies in Morocco, including Laila Mamou, Director General of Wafa Salaf, Karim Hajii, the President of the Moroccan Casablanca Bourse,  as well as the Ambassador of Serbia, and a host of other business people from CGEM and to Uber represented. Amina Slaoui, President of Group AMH, one of the largest Not for profits in Morocco was also in attendance. The Keynote speaker at this networking event was no other than Mr. Sadiki, the Moroccan Minister of Employment and social activities.

On the first day of the Indaba, graduates of ALA, who must return to Africa to work for at least 10 years after their 25th Birthday, will be re-connecting. They will do a number of leadership activities and recount to one another where they are in their leadership journey’s.

The second day will see graduates meet with leaders of the business and community service sector at the Networking event which will be held at Luigi’s on July 22nd.

“This year we are honored to count among our featured guests, Mr. Anas Doukkali, the President of ANAPEC, as well as Mr. Brahim Slaoui, the President of Mafoder and current president of EFE (Employment for Education). On the third day of the Indaba, ALA graduates will be giving back to the community. They have coordinated visits to ASSADKA Association on July 23rd, where they will be sharing their leadership stories, providing, “BUILD” training sessions and empowering youth in the Tangier greater Region”,  Said Mr. Oummih

The ALA is also in the process of scouring the continent to do site visits for the MasterCard Foundation sponsored Anzisha Prize. Mr. Oummih who also heads this search in North Africa has expressed confidence that this year will see greater North African representation than ever before. Students that are interested in applying to African Leadership Academy, should visit www.africanleadershipacademy.org as applications will be open on August 1st.

“I am happy to report that we have just completed a Muthakira with Tunisia. I am also happy to report that Tunisia has given equivalency to ALA Diploma and the Tunisian Baccalaureate, this is a momentous event as it will allow us to admit even more Tunisians and make the process by which we work with Tunisia that much easier. We are in the process of concluding similar agreements in Egypt and Morocco Inshallah” Said Mr. Oummih.