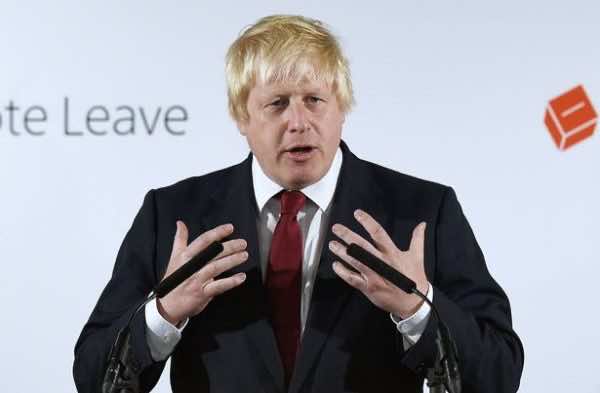 Johnson had previously declared that Assad could aid in defeating the Islamic State (Isis) in Syria and that the UK could not afford to ‘be picky’ over its allies, however in run-up to his first international talk with John Kerry, his US counterpart, he abruptly changed his mind.

Back in December he wrote “we need someone to provide the boots on the ground; and given that we are not going to be providing British ground forces – and the French and the Americans are just as reluctant – we cannot afford to be picky about our allies.”

“We have the estimated 70,000 of the Free Syrian Army (and many other groups and grouplets); but those numbers may be exaggerated, and they may include some jihadists who are not ideologically very different from al-Qaida.”

“Who else is there? The answer is obvious. There is Assad, and his army; and the recent signs are that they are making some progress. Thanks at least partly to Russian airstrikes, it looks as if the regime is taking back large parts of Homs. Al-Qaida-affiliated militants are withdrawing from some districts of the city. Is that a bad thing? I don’t think so.”

However, in a recent statement Johnson claims: “I will be making clear my view that the suffering of the Syrian people will not end while Assad remains in power. The international community, including Russia, must be united on this.”

The official Foreign Office have stated that Assad will remain for the short term as part of a developmental government.

Johnson and Kerry are due to meet in London on Tuesday in order to discuss the Syrian crisis with foreign ministers from France, Italy, Germany and the EU. Furthering this, the foreign secretary will head to Washington DC on Thursday for a chain of meetings with international counterparts on dealing with the Isis threat.