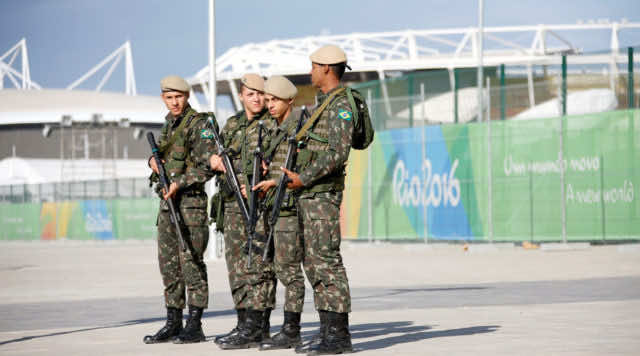 The police operation known as “Hashtag” helped to apprehend the ten Brazilian nationals in connection with the terrorist cell, while twelve arrest warrants have been issued, said the Minister of Justice, Alexandre de Moraes, in a press conference in Brasilia.

The suspects were Brazilian citizens who communicated with each other via messaging apps such as WhatsApp and Telegram. They did not know each other personally, said De Moraes.

He also added that there was no evidence that the group had acquired weapons, even though one member had tried to negotiate with a clandestine weapons site in Paraguay that sells AK-47 assault rifles.

The group did not have direct contact with IS, however, some members had made “pro forma” declarations of allegiance to the militant Islamist group via social media, the minister said, underlining that the leader of the cell had expressed the wish to travel to areas controlled by the IS to meet its members.

Alexandre Moraes described the cell as “absolute amateurs” and “ill-prepared” to launch an attack, stressing the importance that the Brazilian authorities give to public safety.