Rabat - The United States has expressed its support for the return of Morocco to the African Union (AU), deeming it a "very important" step of a "strategic partner" of the USA. 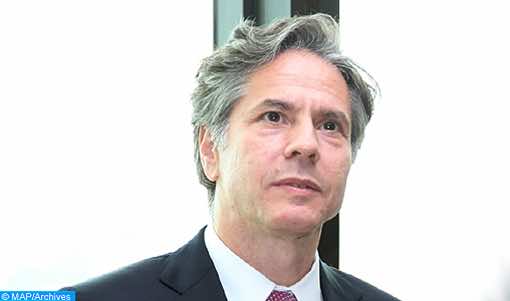 Rabat – The United States has expressed its support for the return of Morocco to the African Union (AU), deeming it a “very important” step of a “strategic partner” of the USA.

“We welcome Morocco’s request for the reintegration of the African Union”, US Deputy Secretary of State Tony Blinken, said in an interview with Medi1 TV channel Friday night

“This is a very important step. The presence of Morocco in the African Union is very positive for us”, Blinken said in this interview, in which he tackled several topics such as COP22, scheduled for November in Marrakech, the future of cooperation between Morocco and the United States, and the security challenges in the Maghreb and the Sahel regions.

In a message to the 27th summit of the African Union in Kigali, King Mohammed VI announced Morocco’s return to the AU.

“Our friends have long been asking us to return among them so that Morocco may take its natural place within its institutional family. That time has now come”, the Sovereign underlined.