London - The private sector can be an important driver for growth and rising prosperity in the Middle East and North Africa (MENA) if effective policies are put in place to address key challenges across the region, according to a report from three leading international development and financial institutions. 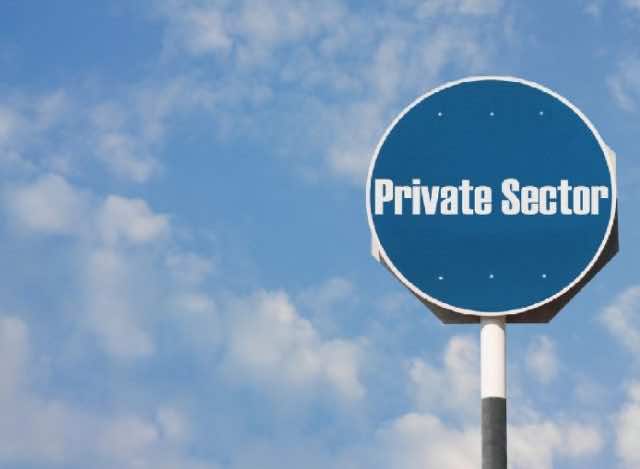 London – The private sector can be an important driver for growth and rising prosperity in the Middle East and North Africa (MENA) if effective policies are put in place to address key challenges across the region, according to a report from three leading international development and financial institutions.

The report from the European Bank for Reconstruction and Development (EBRD), the European Investment Bank (EIB) and the World Bank Group (WBG), asks “What’s holding back the private sector in MENA?”. The document draws lessons from the MENA Enterprise Survey (ES) of more than 6,000 firms in eight countries.

Many of those firms cited political instability, corruption, unreliable electricity supply and inadequate access to finance as factors that were holding them back.

They also said that innovation and growth were constrained by barriers to trade and a scarcity of appropriately trained workers. In many places, they saw a disconnect between firms and formal financing channels, with the result that firms were losing growth opportunities.

The report concludes that “Strategies to support firms in enhancing their productivity, as well as the process of resource reallocation towards more productive firms, should be a high priority for public authorities in the region.”

It highlights four specific areas where policy responses are required: to improve the business environment, to improve access to finance, to achieve better education, employment and skills, and to promote trade, competition and innovation.

The report says that achieving political stability is critical to improving the business environment. “Across many of the economies, tackling corruption and an unreliable electricity supply are also likely to be important priorities.”

“Identifying the impediments and challenges that are affecting the private sector and economic growth in the MENA region will help our institutions support policy reforms that can create a favorable business environment.

From the beginning of our engagement in the region we focused on fostering the development of the private sector through tailored programs, and investment in infrastructure and services, in addition to strengthening competitiveness which is key to addressing unemployment, one of the region’s biggest challenges, particularly among women, the young and educated people,” said Sergei Guriev, the EBRD incoming Chief Economist.

The report shows that while banking sectors in the region are relatively large, a high percentage of firms are disconnected from formal financial channels — they do not apply for credit because they state that they have enough resources. Firms’ access to finance could be improved by developing the capacity of banks to strengthen their credit risk assessment. Credit guarantee schemes might be a way to alleviate collateral constraints, while strengthening secured transaction laws and making collateral registry more efficient would also help. This would support lending to small and medium-sized enterprises, without putting financial stability at risk.

“Finding a way to reconnect banks and firms is crucial to enhance growth opportunities in the region and international financial institutions have the expertise and willingness to complement domestic policies,” said Debora Revoltella, the EIB Chief Economist.

“Support for the private sector in MENA forms a key part of the EIB’s new initiative to build economic resilience in the region as well as to support countries in MENA. This Crisis Response and Economic Resilience Initiative has now been endorsed by EU leaders and will see a substantial stepping-up of traditional activities, with action and investment for growth, jobs, vital infrastructure and social cohesion.”

The report sees considerable scope for improvements in policies for better education, employment and skills, particularly in relation to the employment of women and young people. Policies should remove distortions preventing entry into the labor market for women and provide more focused and targeted education for the young. They should also provide incentives to increase training intensity in firms. At the same time steps to support the emergence and growth of young innovative firms are likely to be particularly positive for the employment of young people.

“Fostering employment and entrepreneurial opportunities, particularly for young men and women, is vital to raise living standards and promote social and political stability. A reorientation of the region’s education system towards learning skills that are rooted in vocational training and relevant for today’s world of leapfrogging technology is essential for boosting entrepreneurship and jobs,” said Kaushik Basu, World Bank Chief Economist and Senior Vice President.

In the areas of trade, competition, and innovation, the report notes that increased productivity by firms requires greater openness to international trade, which in turn would be supported by more effective customs and trade regulations — for both imports and exports. Greater competition could also be promoted by reducing restrictions on firm entry and exit, and on foreign investment.