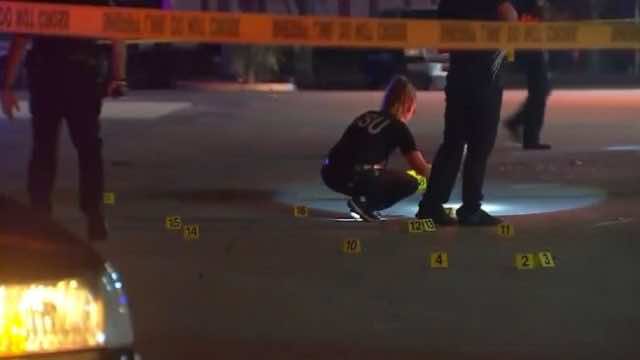 Rabat – At least two people were killed and 17 were injured at Club Blu in Fort Myers, Florida this morning, after shots were fired in the club’s parking lot.

Shots rang out at about 12:30 this morning at the night club, located at 3580 Evans Avenue, while it was hosting a teen night indoor swimsuit glow party, which also included a few live performances, according to the club’s Twitter page.

When police arrived, they released a statement, which said, “injuries ranged from minor to life-threatening, and a number of people were in the hospital,” according to BBC.

Children as young as 12 and as old as 27 were treated at a nearby hospital, according to ABC News and as investigations progress, the number of those injured continues to climb.

Authorities also searched two other nearby scenes for possible suspects who had reportedly shot at residences and cars nearby, according to WINK News.

Police have detained three suspects for questioning, but no further immediate information has identified the suspects by name nor offered a possible motive.

An unnamed man told WINK News he had rushed to the scene to see if his friend was okay, after he couldn’t reach him by phone. “It was a mad house.  People were running everywhere.  All people were saying was their friend’s names to see if they were okay.”

He then rushed to the hospital after his friend was nowhere to be found, where more than 70 people were waiting to see if their loved ones would come out alive.

Police still have not notified the families of the deceased.

This shooting comes just six weeks after one of the deadliest shootings in American history, where almost 50 people were killed and scores were injured at Pulse Nightclub, a gay club in Orlando, Florida.