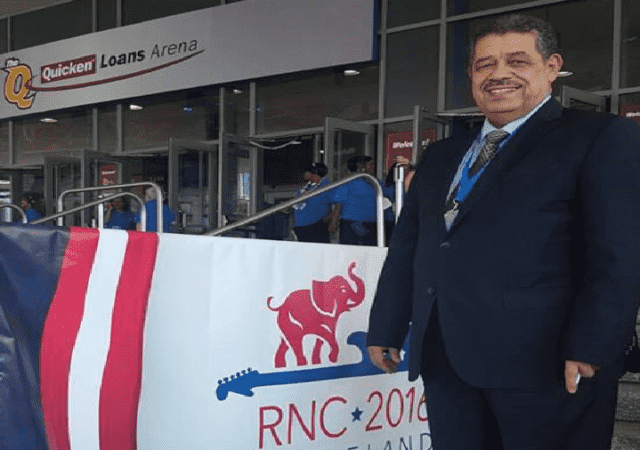 By
Bryn Miller
-
Bryn Miller is an rising sophomore at Claremont McKenna College majoring in International Relations and minoring in Arabic and Spanish.
Jul 25, 2016
Spread the love

Speakers and attendees at the RNC have drawn widespread criticism for various reasons, including sensationalizing the current threats facing America, subtly or, not so subtly promoting white supremacy, and anti-Muslim rhetoric.

Convention speaker Antonio Sabato, Jr. told ABCNews after his address that President Obama is “absolutely” a Muslim. “I believe that he’s on the other side … the Middle East,” Mr. Sabato stated, “He’s with the bad guys.” Although Mr. Trump ended the second day of the convention by inviting a Muslim leader to lead a prayer, the GOP’s rhetoric surrounding Islam and Muslims has been far from inclusive this year. Many Republicans have declined to speak or attend the convention this year, due in part to Mr. Trump’s exclusionary rhetoric towards Muslims and other minority groups.

Mr. Chabat decided to attend the convention and has only posted positive recounts on Facebook. In his posts, he emphasized that the Istiqlal party was “the only Moroccan or Arab African party that had the honor of attending the GOP convention and participating in the activities and workshops of the conference.” Recently, he posted a video from the upper seating areas of the convention center of Melania Trump’s speech captioned “The Iron Woman of America.”

The Istiqlal Party, Morocco’s oldest party, won the second-largest number of seats in the 2011, but lost their second-place spot to the Party of Authenticity and Modernity in the 2015 local and regional elections. Although many of the views expressed in the  GOP convention run in direct contravention to the interests of his constituents, Mr. Chabat may see his attendance at the event as a way to enhance the Istiqlal Party’s relations with America and increase its political clout as the fall’s parliamentary elections approach.