Nouakchott - The greatest challenge for us is to win the battle for development by making up for lost time in terms of ensuring capacity-building, combating poverty and vulnerability in our countries and overcoming hurdles to our economic and commercial cooperation, said King Mohammed VI in a speech to the 27th Arab Summit which opened on Monday in Nouakchott. 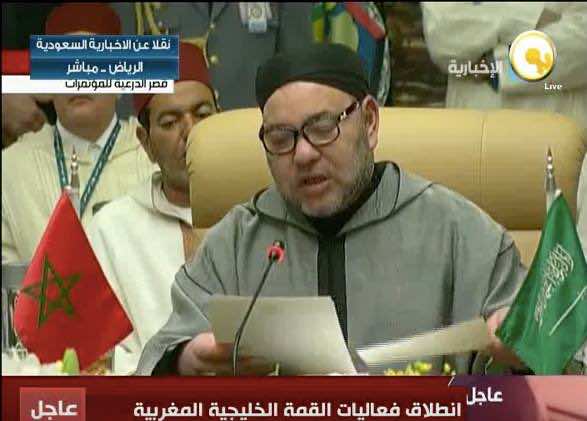 Nouakchott – The greatest challenge for us is to win the battle for development by making up for lost time in terms of ensuring capacity-building, combating poverty and vulnerability in our countries and overcoming hurdles to our economic and commercial cooperation, said King Mohammed VI in a speech to the 27th Arab Summit which opened on Monday in Nouakchott.

“We must remain focused on designing and developing the right partnerships within the Arab family with regard to needs, priorities and areas of cooperation,” the sovereign insisted. “All our endogenous capacities should be leveraged to enable Arab citizens to enjoy a serene, dignified life,” the King underlined in a speech read out by foreign minister Salaheddine Mezouar.

“We are not lacking in innovative thinking, skilled human resources, a suitable institutional framework or natural resources that serve as a catalyst,” the sovereign said, adding that what is important, in fact, is to believe in investment in the future, in real solidarity and in gradual benefits, to be reaped slowly but surely.

Implementing development projects in accordance with these principles and structural procedure and using a participatory approach, particularly with regard to the private sector, may lead to success stories that can be a real catalyst for investment and competitiveness all over the Arab region, the monarch stressed.

“I hope the spirit of solidarity will prevail today so future generations may, tomorrow, reap the fruits of structural, economic, commercial, technical, scientific and cultural projects carried out within the framework of the League of Arab States. In this way, our Organization can gain in stature in the eyes of Arab citizens and play its role as a driving force to spur exchange and cooperation with other regional blocs and have a positive impact on the global economy,” the King underlined.

“What matters, above all, is to embed in our collective consciousness the firm belief that unity is absolutely necessary if we want to rise to the cultural challenge which consists in building modern states rooted in civic values, the rule of law and commitment to territorial integrity and national sovereignty,” the sovereign noted.

King Mohammed VI called for a constructive jihad vis-a-vis ourselves to build confidence and to put our house in order so that we may solve our problems among ourselves, away from any external influences that only complicate matters and delay problem-solving, which only leads to a waste of effort, energies and resources.

“That is the vicious circle we find ourselves in. It is also one of the main factors which have eroded our ability to resolve Arab issues – such as the crises in Libya, Yemen, Syria, Iraq and Lebanon – and to deal effectively and judiciously with the phenomenon of terrorism, which is ruining the minds of some of our citizens and undermining our countries’ security and safety,” the monarch underscored.

The King went on to say that “it would, indeed, be a mistake to think one can single-handedly, merely through one’s own resources, shield oneself from terrorism, without cooperating and coordinating action in the region and with the world around us.”

“As we all know, terrorism is a cross-border phenomenon, and the only way to defeat it is by working together to achieve security and promote development,” he concluded.