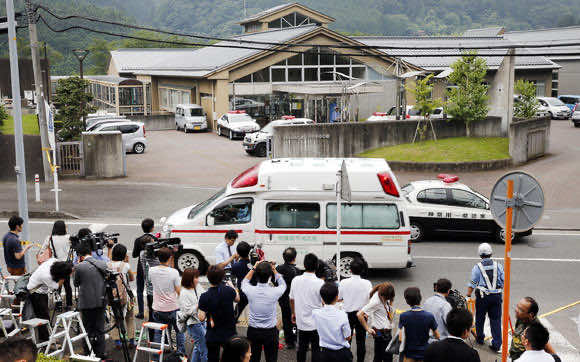 Rabat – “It is better that disabled people disappear” claims man armed with knives after attacking care center outside Tokyo.

The man who carried out the knife attack at a care facility in Sagamihara, south Tokyo, claimed he that he wanted to kill disabled people, leaving 19 dead and 26 others injured at the latest.

Terror-stricken staff at the care facility rang police after the suspect launched his attack, reported to be Satoshi Uematsu. Nine women and ten men were murdered between the ages of 18 to 70, the fire department stated.

NTV stated that Uetmatsu managed to force his was into the care facility by using a hammer to smash one of the windows. Police are yet to establish the background motive for the attack however the suspect was reportedly “involuntarily admitted” to hospital earlier on in the year for under two weeks after claiming that he would kill disabled people. He was released from hospital on 2nd March.

A police spokesman states that they are “still confirming details of the case.

Mass murders are a comparatively rare occurrence in Japan as it is considered as one of the safest countries in the world with very few deadly attacks.