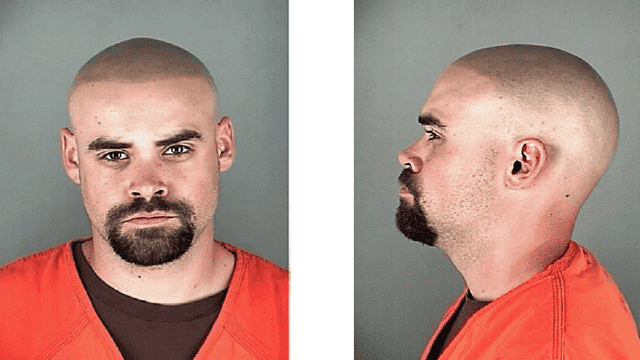 Rabat – Twenty-six-year old, Anthony Sawina faces up to seven years in prison for five counts of second degree assault after he shot a group of Muslim men while they were on their way to prayer at a local mosque in Dinkeytown, Minneapolis.

Hussein Gelle, one of the Muslim men who was shot, said Sawina and his friends had just left a bar and were visibly intoxicated when one of them screamed, “F*** Muslims,” according to Kare 11, an ABC affiliate.

According to The Independent, the five Muslim men ignored them.  Sawina or one of the men in his group then screamed out again, “What’s that dress you’re wearing,” mocking the Somali men’s traditional clothing.

One of the Somali men then responded, asking why they were screaming out such remarks.  This is when Sawina pulled out a handgun and started shooting at the windshield once the five Somali men were situated in their car.  Two of the men were able to run away as Sawina moved around to the passenger’s side of the car where he shot two of the other men in the leg.  The other three men were not at all injured.

When police arrested Sawina they found the same 380-caliber handgun he had used to shoot the Somali men.  He is currently being held at Hannepin County jail with a 75,000-dollar bail, according to The Independent.  He also has a rap sheet with previous arrests for illegally possessing guns.

Mr. Gelle told The Independent, “The rhetoric against Muslims, especially from politicians today, encourages people to believe they can exercise violence in the name of vigilante activity.”

He spoke about one of his friends that was shot that night, adding that he was still traumatized by Sawina.  “He thought he had seen someone that looked similar [to Mr. Sawina] at a gas station and he panicked, but it wasn’t the person he thought,” Gelle said.