Rabat - Eve Vanessa Yasmine Saoud-Easton, known by her stage name Eve-Yasmine, is a 22-year-old singer, from London with Moroccan, British and Spanish roots. 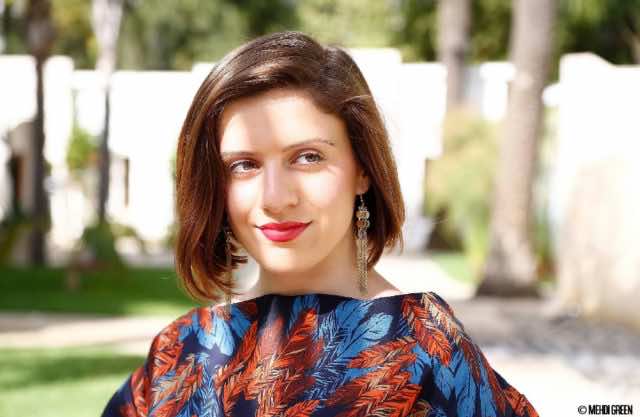 Rabat – Eve Vanessa Yasmine Saoud-Easton, known by her stage name Eve-Yasmine, is a 22-year-old singer, from London with Moroccan, British and Spanish roots.

She released her latest music video on July 8 titled “Habibi,” which was filmed in Chefchaouen, Morocco’s blue city to portray her diverse cultural background.

In an interview with Morocco World News, Eve-Yasmine described her artistic journey and the secret behind her latest video clip “Habibi.”

“Musically, I have always wanted to sing the sounds that represent my mixed cultural background. I started working with Moroccan music producer Kylan when I was 17 years old, and we recorded various styles together for originals and demos. I mentioned to him at one point the sound I was keen to try,” she said.

“He is distinguished by amazing songwriting skills and the commercial pop styles, which you have heard us do together, but he can do other styles, including oriental. We talked last year about recording something new; he suggested a pop-oriental instrumental, and I loved it […]. Last summer, I went to record the song in his studio in Paris. ”

The artist added that while she was listening to the final notes of “Habibi,” she imagined the song’s video in Chefchaouen after she was inspired by a photo on Facebook of a couple who walk up a staircase in Chefchaouen.

The journey of Eve-Yasmine and art started when she was a child, when she devoted her energies to learn everything about every kind of art after her talent began growing professionally.

“I have always had a passion for the arts ever since I was little – singing, dancing, acting, drawing, performing – I loved everything and that love has continued to grow. In 2013 I started singing professionally and in the last year I have been pushing my solo artist venture,” she said.

Eve-Yasmine views art as an expression of the soul; the best part is that they can be shared and interpreted in many different ways.

Currently, Eve-Yasmine plans to promote “Habibi” by participating in festivals. She will take part at MRE’s (Marocains Résidant à l’Etranger) show on August 6, in Casablanca.

The artist dreams of sharing her music with the whole world by singing on movie soundtracks. She also aims to become humanitarian and help needy people through her talent.