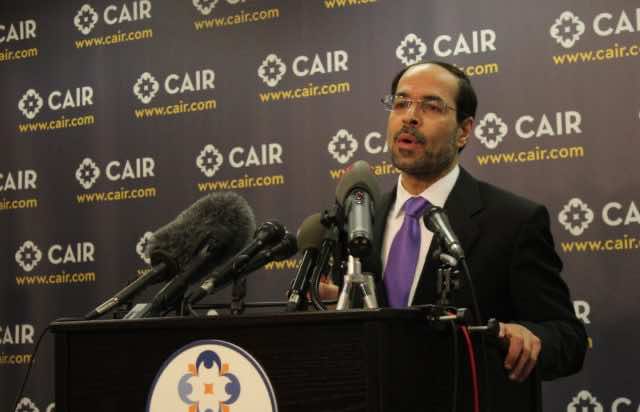 Rabat –  At the Democratic National Convention, Muslim leaders urged the community to vote, insisting that it’s a powerful mechanism to challenge and even combat the rise of hate speech and Islamophobia right now in America.

“We can defeat hate. Islamophobia is not a Muslim issue; it’s an American issue,” said Nihad Awad, the executive director of the Council on American-Islamic Relations. “Hate crimes are on the rise. The biggest victim of Islamophobia is America and its future prospect,” Awad said at the convention.

Muslim leaders at the Democratic National Convention insisted that getting involved with politics and economy is more important now that ever, adding that the United States has never had a presidential candidate who has targeted the community so largely. “We never had a leader of a major party openly calling for religious hate against a particular community,” said Congressman Keith Ellison of Minnesota, a Muslim Democratic Party affiliate.

Ellison’s comment comes after Donald Trump’s proposition to ban Muslims from entering the United States, a tactic he sees fit in combating the rise of radicalized terrorism, which has caused conflict between Americans who agree with the ban and those who don’t agree.

But Donald Trump isn’t the only one who believes in this solution.

According to Al Jazeera, “former House Speaker Newt Gingrich said in an interview, people from a Muslim background should be tested to see if they believe in Sharia law, and be deported if they do.”  His comment came after the recent attacks in Nice, France at Bastille Day, that left more than 80 dead and more than 300 injured, after a radicalized terrorist drove a truck into crowds of people.

And it isn’t only Americans who support this ban.

Sonia Kruger, who hosts “Today Extra,” said in a live broadcast that she would support a ban on Muslims in her home country of Australia, because it’s “important.”  Her Donald Trump approach came after the attacks in Nice, and she added, “Especially as a mother, I want to feel safe, as all of our citizens do when they go out to celebrate Australia Day, and I’d like to see freedom of speech.”

Others in the spotlight who support this ban include, Mike Tyson, Dutch leader, Geert Wilders, French leader, Marine Le Pen, Obama’s half-brother, Malik Obama, and even a Texas imam.

Muslims only make up one percent of the national vote, according to Voice of America.  But some say, in states where Muslims make up a larger percentage of the population like Michigan, Virginia, Minnesota, and California, their vote is crucial.

Omar Ahmadzai, and artist in Virginia told Voice of America, “If we want to be heard or even feel the need to better our lives in the U.S., then our only option is to be involved in politics.