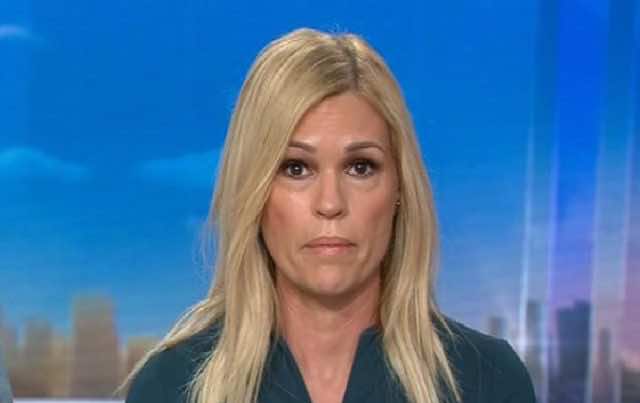 Rabat – Sonia Kruger, an Australian media and television personality took some time off Twitter, amid a social media storm that came after she supported a ban on Muslims in Australia.

The 50-year-old “Today Extra” host was absent on the air in Sydney on Friday, following the controversial comments she made on the show, according to News.com.  Instead of being on the air, she was spotted in the Gold Coast with her family, celebrating her mother’s birthday, News.com said.

Earlier this month, Kruger responded to scores of angry Twitter posts, after she publically said she would support Australia if it closed its borders to Muslims.

Her Donald Trump approach to combatting terrorism came just after the terror attacks in Nice, which left more than 80 dead, more than 20 on life support, and scores injured.

While hosting an episode of “Today Extra,” Kruger said that she would like to see Australia’s borders closed to Muslims because she thinks it’s “important.”

“Personally, I would like to see it stop now for Australia,” she said of Muslim migration to her home country.  She said, especially as a mother,  “I want to feel safe, as all of our citizens do when they go out to celebrate Australia Day, and I’d like to see freedom of speech.”

“I’d like to see freedom of religion as well as freedom of speech.  They both go hand in hand,” replied David Campbell, one of the other hosts on the show.  “This breeds hate,” he said to Kruger.  The full exchange can be found here.

Scores of people responded to Kruger on Twitter following her comments on the show, some calling her racist, others supporting her.  But others were indifferent, arguing Islam is an ideology, not a race.

This isn’t the first time Kruger has gone under fire for making controversial or racial comments on the air.

Eight years ago, Seven Network apologized to its viewers after Kruger made racially charged comments about Chong Lim on “Dancing With The Stars.”  The two had been live on the air, discussing the kinds of outfits Kruger would require for an upcoming festival, News.com reported.

“Let’s just say there’s a sweatshop full of illegal immigrants working on them right now,” Kruger said to Lim, who is of Malaysian decent.

After viewers bashed her and urged Seven Network to respond, Kruger insisted that she and Chong had been friends for years and she hadn’t meant anything racist by her comment.  Seven mimicked her response, although it apologized.

More prominent critics have weighed in on Kruger’s comments.

“Banning anyone from entry to our country on the basis of their religion goes against long-standing Australian values of respect, inclusivity and religious freedom,” said Dr. Dvir Abramovich, Chairman of the Anti-Defamation Commission, an Australian Jewish civil rights organization.  “Such singling out and demonizing of Muslims is counterproductive and will only serve to foment fear and hatred,” Abramovich told News.com.

But News Corp columnist, Andrew Bolt says there’s a link between terrorism and immigration.  He wrote about it in a recently released column using France as an example.  “Why have jihadist terrorists made France Europe’s bloodiest battlefield?  Simple answer, because France let in the most Muslims,” he wrote.  “This link between immigration policies and terrorism largely explains why the French are the greatest victims of Europe’s jihadists.  It also explains why we are fools not to change our own immigration policies to protect ourselves.”

Kruger has not since apologized or addressed the public regarding her support for a ban on Muslims in Australia.  Instead, she has insisted she should be able to be free to express her opinions without being called a racist.