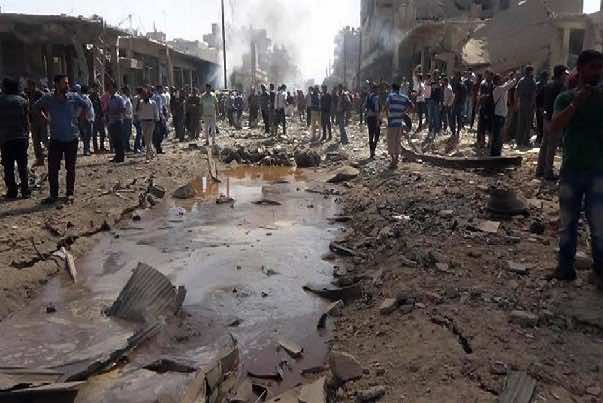 The shockwave was so powerful that it also caused injuries across the Turkish border, followed by a motorcycle bomb a few minutes after, the Associated Press claimed.

Despite the town having been targeted by ISIS a number of times before, this is known to be the deadliest bomb attack to date. ISIS claimed the truck bomb was aimed to target Kurdish military offices.

“Most of the buildings at the scene of the explosion have been heavily damaged because of the strength of the blast” says Suleiman Youssef, a writer and Qamishli resident, stating that he heard the blast from a few miles away and that people were trapped under the rubble.

The primarily Kurdish, US-backed Syria Democratic Forces have been the dominant force in defeating Isis in northern Syria. It has regained notable territory from the terrorists over the past two years.