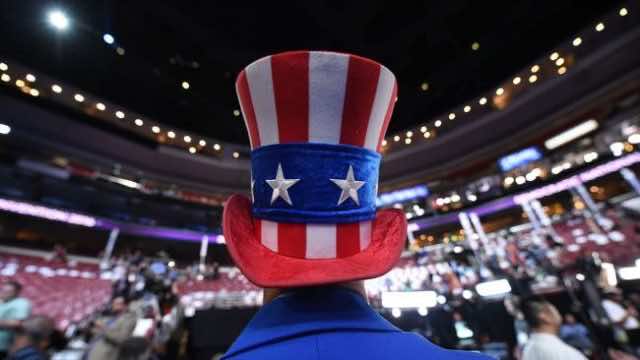 Rabat – In the first night of the Democratic National Convention, not one of the 61 speeches included the words “ISIS,” “Islamic,” “terror,” “terrorist,” or “terrorism.”

In comparison, the transcripts from the first night of the Republican National Convention had 38 mentions of these words, 20 of them from Trump’s acceptance speech alone.

Republicans criticized Democrats based on this fact, viewing it as an oversight by the Democratic Party. However, this may be due to the very different stances that Republicans and Democrats have taken regarding ISIS, Islam and terrorism.

Both parties recently released their official party platform, outlining the priorities that Donald Trump and Hillary Clinton will bring with them into the debates and the office. The Democratic Party platform speaks highly of the Obama presidency and their plans for future change, including single-payer health care, financing renewable energy, and protecting immigrants, Muslims and the LGBT community. The Republican Party platform blames the Obama presidency for increasing the national debt and weakening the economy. They want to push for better national security and a stronger military that would improve the nation’s reputation internationally. 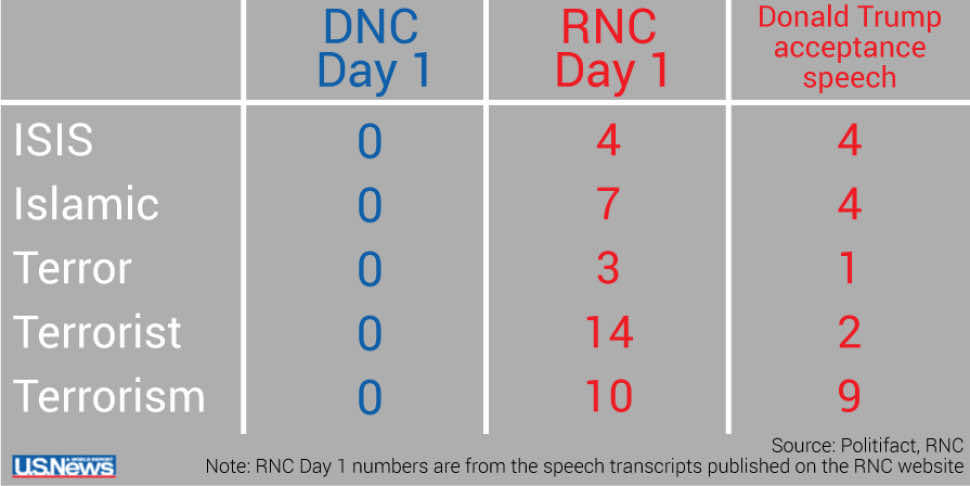 Democrats prioritized different issues than the Republicans did, placing domestic issues above international ones. “We firmly believe that the greed, recklessness, and illegal behavior on Wall Street must be brought to an end,” reads the Democratic Party platform.

“Wall Street must never again be allowed to threaten families and businesses on Main Street… We will fight to end the broken campaign finance system, overturn the disastrous Citizens United decision, restore the full power of the Voting Rights Act, and return control of our elections to the American people. Democrats believe that climate change poses a real and urgent threat to our economy, our national security, and our children’s health and futures, and that Americans deserve the jobs and security that come from becoming the clean energy superpower of the 21st century.”

It isn’t until much later in the platform do they discuss terrorism and the U.S.’s involvement in the conflict.

Considering these priorities, it is not surprising that terrorism was not mentioned in the first night of the convention.

In contrast, the Republican Party’s platform has a much different tone. “People living paycheck to paycheck are struggling, sacrificing, and suffering. Americans have earned and deserve a strong and healthy economy,” it reads. “Our standing in world affairs has declined significantly — our enemies no longer fear us and our friends no long trust us. People want and expect an America that is the most powerful and respected country on the face of the earth.”

To Republicans, the issue of terrorism is closely connected to the reputation of the country. Trump’s campaign slogan “Make America Great Again” relies on the idea of returning the U.S. to its former glory and repairing its international status.