Marrakech - When Rebecca Jones first tasted amlou, Morocco’s distinctive blend of almonds, argan oil, and honey, in the streets of Casablanca, she knew she had found the inspiration for her next cupcake. 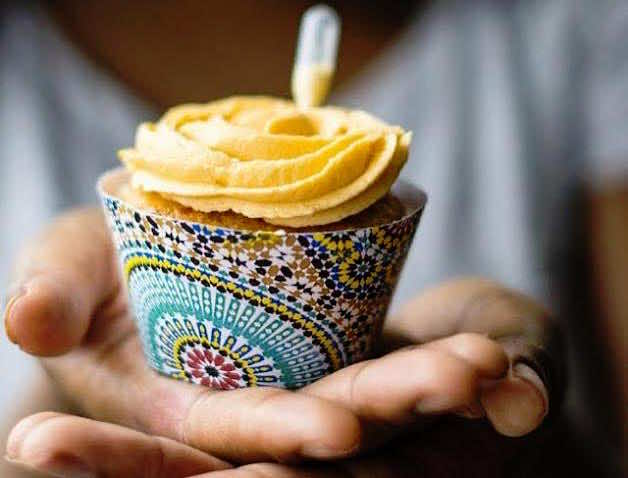 By
Bryn Miller
-
Bryn Miller is an rising sophomore at Claremont McKenna College majoring in International Relations and minoring in Arabic and Spanish.
Jul 31, 2016
Spread the love

Marrakech – When Rebecca Jones first tasted amlou, Morocco’s distinctive blend of almonds, argan oil, and honey, in the streets of Casablanca, she knew she had found the inspiration for her next cupcake.

Ms. Jones founded Miss Munchin’s Cupcakes, a baking startup, in 2014 to combine her passion for travel, culture, and baking. She crafts made-to-order cupcakes that bring the tastes of the world to customers in England, seeking to connect people from around the world with her recipes.

After studying abroad in the United States and meeting students from around the world, Ms. Jones developed an interest in travel and exploring different cultures. When she returned to England in the summer of 2012, she noticed that cupcakes were everywhere. Cupcakes became even more popular throughout 2013, and Ms. Jones developed her own appreciation for the sweets. “I was buying them every week, taking detours on my way home from work,” she recounted, laughing. “I was addicted.” She soon began to try her own hand at baking. After some initial mishaps in the kitchen, she took a baking class and steadily improved with practice.

Ms. Jones wanted to start her own cupcake business, but the market in England was saturated. She knew she needed to make her brand unique, so she drew upon her travel experience. “I came up with the concept of culture-inspired cupcakes,” she explained. “I started making treats that drew upon the unique aspects and tastes of different countries.”

Ms. Jones’s first cupcake was called “Stateside,” a mix of peanut butter and raspberry jam inspired by American culture. Although she was able to draw upon her past travel experiences to craft the treats, she hit an inspirational wall staying in England. “I was making these global flavors,” she reflected, “and I just felt like I needed to go global.”

The next year, the world-wide Munchin’ Mission was born. Ms. Jones is now traveling the world, visiting one country each month for a year to discover each location’s unique cultural flavors. On her trips, she learns about each country’s culture and history, explores unique flavors, and focuses on local interactions to help her create authentic products. She always seeks out ingredients especially significant to the country’s culture to bring back to England, using them in her baking to pay appropriate homage to each culture’s authenticity. She has visited six countries so far: Canada, Belgium, Spain, The Netherlands, Morocco, and Romania.

Ms. Jones arrived in Morocco this spring and spent her time in Casablanca and Marrakesh. Fascinated by the rich mix of African, Arab, and European culture in Morocco, Ms. Jones set out to explore the markets of Casablanca. After sampling the food of the Kingdom, she identified two ingredients to use in her cupcake: amlou and almonds.

“I was looking around, tasting different things, and I came across a gentleman that was telling me about amlou,” she explained. “I had never heard of amlou before, so I tasted it and asked him about it. He told me it was a popular spread made of almonds, argan oil, and honey used on bread that originates from the southern part of Morocco.” 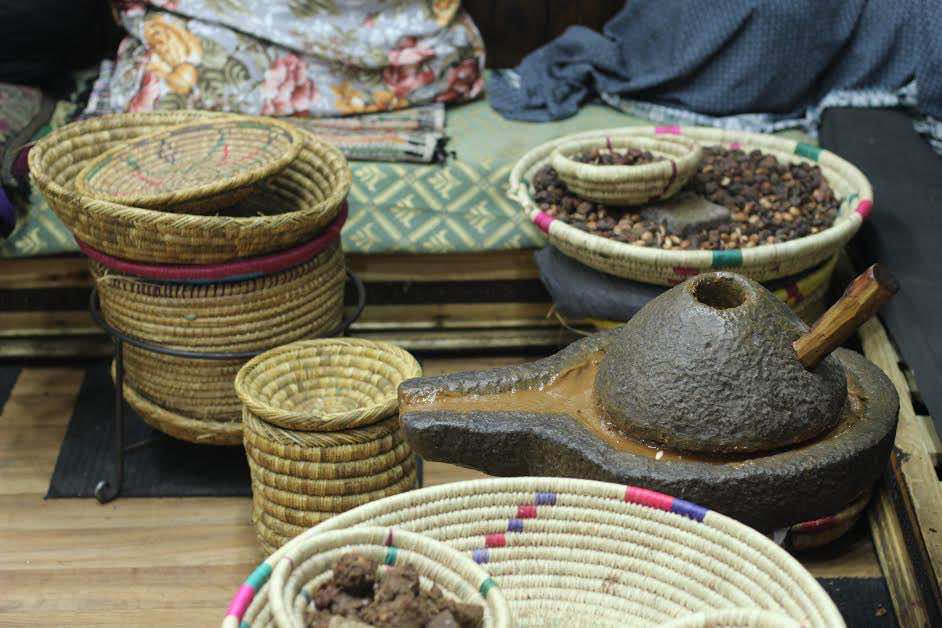 Ms. Jones, like most people outside of Morocco, had always thought argan oil could only be used for cosmetic purposes. After learning more about the oil, she wanted to use amlou in her cupcakes to help inform other people about its culinary use. “I thought to myself, okay, I have to do something with this,” she said. “I have no idea how I’m going to use it in a cupcake, but I have to, because I’ve just learned something and I really want to share that.”

Inspired by the people she met in Morocco, Ms. Jones wanted to share her experience in Morocco with her fellow Brits. “This culture is just phenomenal,” she gushed. “If there’s something I can do to pay homage to Morocco, it’s hands-down to create the best cupcake I can make.”

Named the Casablanca cupcake, Ms. Jones’s Morocco-inspired cupcake uses almond & dates in the sponge and has a honey-based buttercream. She created a sweet drizzle to garnish the cupcake using amlou. 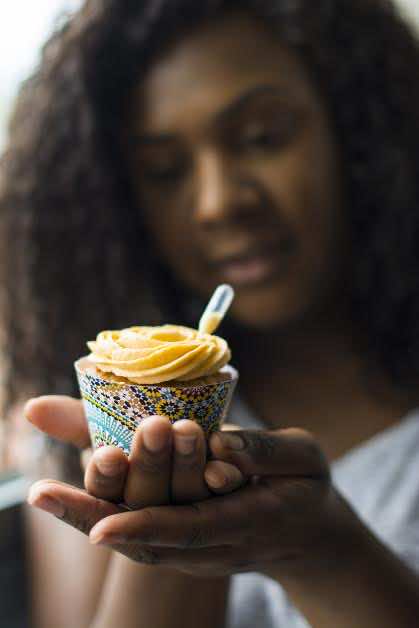 She hopes that this cupcake will make Moroccan culture more accessible to her customers. “If I gave customers amlou in a bowl with a piece of bread, they wouldn’t recognize it,” Ms. Jones explains. “But if I put a cupcake on the table, there will be enough recognizable elements to start a conversation about Morocco that they can relate to.”

Ms. Jones hopes to bring flavors from Morocco and elsewhere around the world back to her home to connect people. “I’m trying to unite us and highlight the things that bring us together. I want to slowly introducing people to different cultures and make them curious to learn more.”

As the political scene is increasingly dominated by voices highlighting our differences, Ms. Jones’s cupcakes are a small step towards promoting understanding and appreciation of cultural differences.