London - One person was killed and five were wounded Wednesday night in a knife attack in London, the Metropolitan Police said. 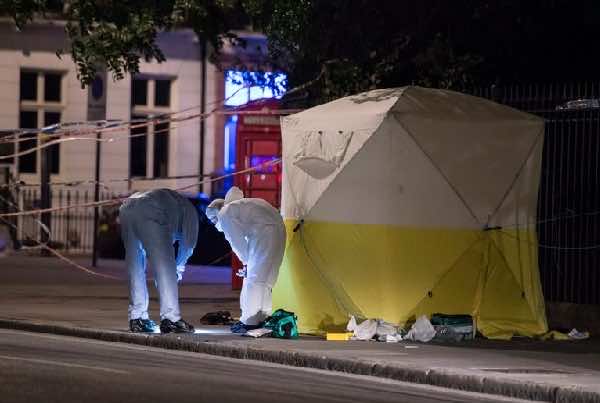 London – One person was killed and five were wounded Wednesday night in a knife attack in London, the Metropolitan Police said.

The police said they were called around 10:30 p.m. about a man with a knife who was attacking people in Russell Square, a park in Central London. A woman aged 60 died at the scene, the police said.

Five others, two women and three men, were wounded.

A 19-year-old man was arrested shortly after officers arrived at the scene, the police said.

They later said he was being held on suspicion of murder at a South London police station after being released from the hospital.

The police said in a statement that “terrorism is one possibility being explored at this stage.”

“Early indications suggest that mental health is a significant factor in this case,” a Metropolitan Police official, Mark Rowley, later said, adding that security would be increased as a precautionary measure.