Rabat - Eight Brits, three Americans and one German amongst the group that have been ambushed by the Taliban says Governor of Herat. 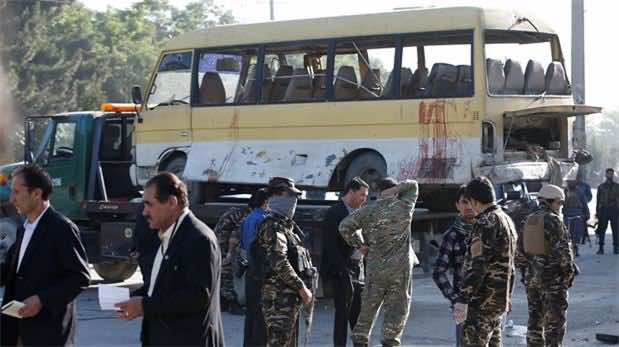 Rabat – Eight Brits, three Americans and one German amongst the group that have been ambushed by the Taliban says Governor of Herat.

Taliban gunmen have targeted and ambushed a group of western tourists who were enjoying a sightseeing adventure tour of Afghanistan, leaving at least six individuals injured, Afghan officials claim.

The foreigners alongside and Afghan army escort were travelling through the Chesht-e-Sharif district, western Herat when militants opened fire on the group. They were originally planning on heading for Herat’s cultural centre, near the Iranian border.

The tourists were said to have included eight Britons, three Americans and one German, a spokesman for Herat’s governor claimed.

Inside sources have claimed that Haji Abdurrahman, Taliban’s shadow governor in Chesht-e-Sharif, was behind the attack which ended at around 1.30pm local time.

Sources within Kabul have stated that the group had gone to Afghanistan through Hinterland Travel group, a small British tour company based in West Yorkshire.

“The country is desperately poor. Frankly it needs any help that we or anyone can provide … The main roads had become diabolical but are now being totally reconstructed. The Afghan people are friendly and cheerfully welcoming, although wary until we can prove that we are travellers and not something else. Ancient and recent history are scattered everywhere, from Buddhist remains to burnt-out tanks” says Hinterland Travel website in regards to Afghanistan.