Rabat – Several Flemish ministers have publicly criticized the racist comments of other Belgians after the death of a teenager during a vacation in Morocco. Ramzi Mohammad Kaddouri, 15, was a Belgian citizen of Moroccan descent who died in an ATV accident on Saturday.

“The sometimes hateful comments on social media show that there is still a lot of work (to do) to achieve shared citizenship and an inclusive society,” Geert Bourgeois, the Minister-President, told the Belgian newspaper Le Soir. 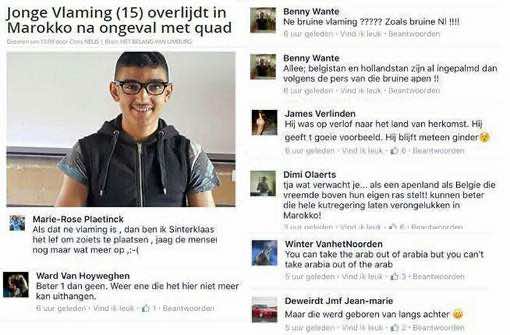 The statement came in response to comments on social media made by Belgians after the incident. One post said, “since when is a goat-f**ker Flemish?” and another “he was going back to his country of origin, he set a good example,” according to local news sources.

“People who use such offensive language would do better to look in the mirror,” retorted Mr. Bourgeois. “Ramzi is in fact a young Flemish who was snatched too soon to life.”

Destroying the Statues of Slavers to Rewrite History

Must-Reads: Six Books by Black Authors About Being Black in America