San Francisco - After months of hearing about Donald Trump slandering Muslims with the help of the media, out of nowhere appeared Khizr Khan, a South Asian looking man with a thick English accent addressing the Democratic National Convention (DNC) in Philadelphia to honor his fallen son. 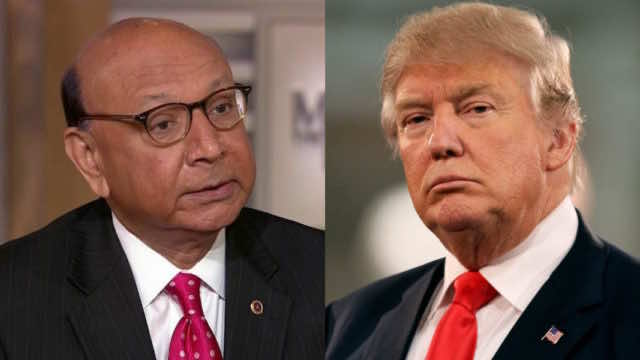 San Francisco – After months of hearing about Donald Trump slandering Muslims with the help of the media, out of nowhere appeared Khizr Khan, a South Asian looking man with a thick English accent addressing the Democratic National Convention (DNC) in Philadelphia to honor his fallen son.

At first, I thought that he was invited to speak in order to show that Muslims too can defend and care for this country as much as anyone else. His own son paid the ultimate price to save his American comrades.

However during his speech, he began to directly address Donald Trump. Just like many in the DNC audience that day, I started to applaud from the comfort of my recliner. Finally I was witnessing a Muslim eloquently proving that Trump is unfit to be the commander in chief for the world’s most powerful country. Like all Muslims, I just could not understand how so many of this country’s leaders and leaders elsewhere are too afraid to speak up against an American tyrant. I was thrilled that a proud Muslim was finally doing just that.

Donald Trump needs to hear it from a Muslim, not from news media looking to boost the ratings. As we all know, Muslim leaders all over the world have been conspicuously silent towards Trump and none of them have had the audacity to confront or condemn his divisive rhetoric about Muslims, circumspect that in the event he gets elected president, they will have to pay a dear price.

To me, it wasn’t just Mr. Khan vs Trump, it was about Mr. Khan vs the haters, the senators, congress men and women, the uneducated white males, the gun lovers, the women, who Trump calls fat pigs, dogs, slobs and disgusting, but still support him. After all, without these folks, he would be irrelevant within this election

My colleague, a white American with two graduate degrees, who is not fond of Hillary Clinton and will never vote for her asked me this question: “Is America this stupid that Trump is a nominee?” To which I simply replied: “YES.”

What other answer should I have given him? Anyone who stands for bigotry, hatred and lack of decency is just that in my book.

I used to think that the American military is something sacred in the mind of the American people. Anyone who attacks the family of a soldier that gave his life up for this country would cause a universal uproar, but look where we are now, no republican leader had the courage to withdraw their support for this mad man.

America is not what it is now because of uneducated or NRA membered white males. America is the melting pot that all its citizens have contributed to its success. America does not belong to Trump and his followers; America is for all and we are all for America.

Mr. Trump has dodged so many bullets, but not this time. Mr. Khan, the father of a fallen Muslim soldier, will be Trump’s downfall and he will never become the President of the free world. Mr. Trump will never forget that he was ahead in the polls and that he had a serious chance to win the presidency until that awful day when a simple Muslim man addressed America. That man did what no leader or politician had the courage, nor the wisdom to do, which is to show the world that Trump is just an ignorant man with big dreams but unaware that constitutionally, he will never be able to ban Muslims from entering America. Mr Trump will never forget the moment Mr. Khan took out a copy of the constitution and was willing to lend it to him. He should have accepted Mr. Khan’s offer.