Rabat - Khadija Amrir, a 43-year-old woman was released from prison on the Morocco’s public holiday known as “Throne Day” after her sentence was commuted by King Mohammed VI.  She had received a death sentence for murder in 1995. 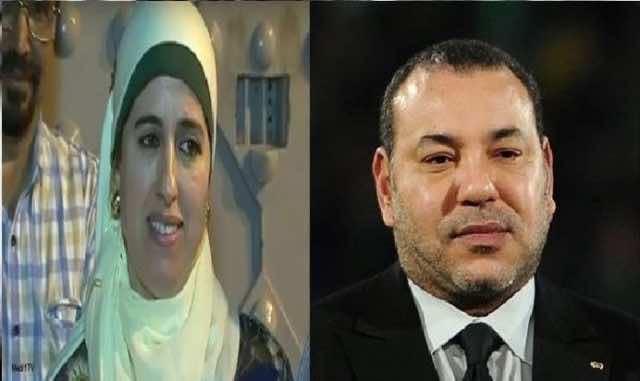 Rabat – Khadija Amrir, a 43-year-old woman was released from prison on the Morocco’s public holiday known as “Throne Day” after her sentence was commuted by King Mohammed VI.  She had received a death sentence for murder in 1995.

While Amrir had been sentenced to death after being convicted of murder two decades ago, she received a royal pardon three times. The first pardon modified her sentence from death to a limited prison term.  The second further reduced her prison term to just two years, and the third resulted in her release on Monday.

In a video posted by Moroccan news channel Medi1, Amrir took her astonishing steps into freedom with the presence of Mohammed Sebbar, the General Secretary of the National Council for Human Rights, and Salma Taoud, President of the Regional Commission for Human Rights Tangier, who personally expressed their solidarity with Amrir.

The same video shows Amrir in front of the Local Prison of Tangier both smiling and in tears taking photographs with her supporters.

In an interview with Hespress, Amerir said “I went to jail as a person and I now am getting out as the same person. I stayed strong and armed with patience and faith, until this moment, when no one can imagine what it means to me. I was sure that this day would come,” she added.  “I thank King Mohammed VI, who granted me a new life and I also thank the National Council for Human Rights’ [members] for all their efforts.”

Amrir never lost hope during her period in prison. She managed to obtain a diploma from Tangier’s Theology Council for memorising the whole of the Quran. She also obtained a diploma in dressmaking and hairdressing, believing that life is full of opportunity even though she was stuck behind bars.

Amrir could not wait to see her family members, including her 103-year-old father who has been on tenterhooks waiting for her.

Amrir had a friendly relationship with the inmates and the prison officials who view her as a positive and strong person who was able to achieve many things even when in prison.