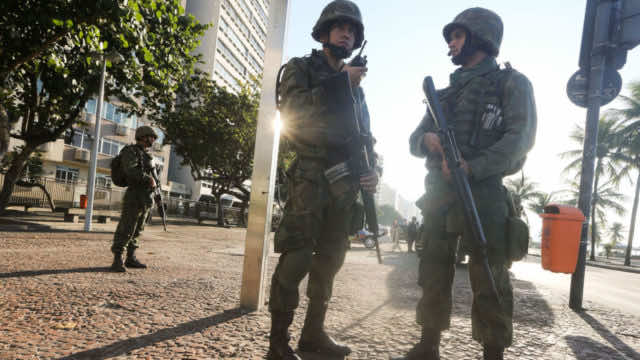 A Russian diplomat shot a man near the Olympic Park in Rio de Janeiro as he attempted to rob him, police report.

The Russian man was stuck in a traffic jam with his family in the Barra neighborhood when their car was suddenly surrounded by two motorbikes.

One of the motorists used his gun to smash the window of the BMW and asked the Russian diplomat to hand over his watch, according to Globo newspaper.

According to the same source, that the 60-year-old reacted by dragging his attacker into the car, confiscating his weapon and using it to shoot him dead.

The gruesome attack highlights the underlying issues of high rates of street violence that occur within Rio, according to Sky Sports correspondent Paul Kelso, ahead of the opening ceremony of the Olympic Games on Friday evening.

“It happened on a very busy road that passes near the Olympic park where the torch relay was scheduled to pass,” he said.

“It is a reminder of the regular incidents of violence that occur in the city. It is completely against the travel advice that the British embassy put out that in the event of a mugging you hand over whatever they want.”

“Clearly that was not the case for this resilient resident who took matters into his own hands and it gives an added concern as it happened very close to the Olympic Park and not since the 1972 terrorist attacks at the Munich Olympics have guns been discharged near the big venues which will be of concern to the authorities.”