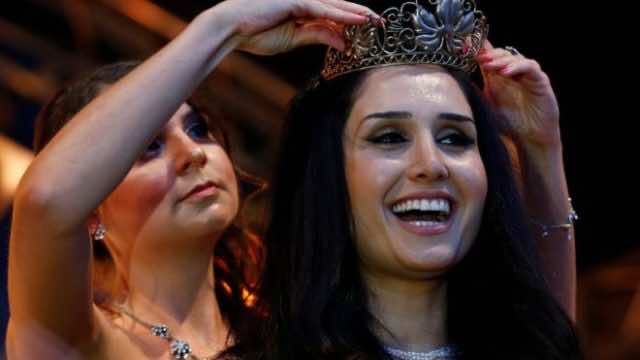 Rabat – Ninorta Bahno, the Syrian refugee who defied the stereotypes of a typical blond wine-maker in a dirndl, was crowned regional wine queen in Trier, a city in western Germany, making her the first asylum seeker in Germany to receive the honor.

Leaving Syria at the end of 2012, Ninorta, 26, who is of Aramaic Christian origin from Al-Qamishli, a city in Syria, couldn’t believe that that she would become a German wine queen.

“All the refugees that I know are very happy about my new title,” she said. “They give me information about wine-making in Syria.” She added that her favorite variety is a sweet Riesling, which is common in the Moselle River region.

“I want to show that Germany is a welcoming country and that the Germans are very hospitable and work towards integrating refugees quickly and successfully,” Bahno said, expressing her gratitude. “As a refugee, it’s very difficult to integrate into a new place at the beginning.”

The wine queen tradition dates back to the 1930s, and was institutionalized in the 1950s. Similar to a beauty pageant, ever since this contest started, wine queens were seen as an example of a beautiful, traditional, well-mannered German girl in a dirndl (a traditional dress in the German culture).

One of the original rules to participate in the contest is that the participant had to come from a family of wine growers. In 1981, the German Wine Queens were no longer required to wear a dirndl, and in 1999, personal experience with wine-making was enough to enroll them in the contest.