New York - In a speech delivered on the seventeenth anniversary of his coronation known as Throne Day, King Mohammed VI stressed Morocco’s willingness to return to the African Union to defend its strategic interests from within the African organization. 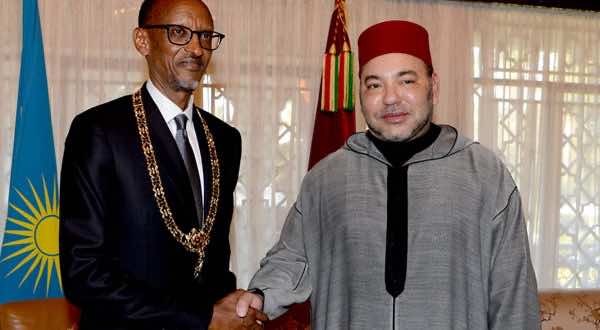 New York – In a speech delivered on the seventeenth anniversary of his coronation known as Throne Day, King Mohammed VI stressed Morocco’s willingness to return to the African Union to defend its strategic interests from within the African organization.

While some may view Morocco’s decision as a radical change from the country’s previous foreign policy, in fact it is simply the next step in strengthening the new direction Morocco has taken in the last few years. Morocco has focused on consolidating and expanding the country’s African roots and diversifying its partnerships in Africa through a multi-dimensional political approach that aims to enable Morocco to play a leading role in the African continent both in the near term and long term.

Morocco has been implementing this approach through its increasing economic presence in Sub-Saharan Africa during the last ten years. This has helped the kingdom to garner an important position among investors in the continent, particularly in West Africa.

In addition to solidifying its remarkable role in South-South cooperation, this economic progress has been accompanied by Morocco’s religious diplomacy and the leadership role it plays in spreading the tolerant teachings of Islam through the training of imams, as well as its significant role in the fight against terrorism.

One of the goals of this strategy is to earn the trust of as many African leaders as possible, and convince them that strong relations with Morocco will be beneficial to their people, and thus persuade them to adopt positions in favor of the country regarding the sovereignty of the Sahara, or at least adopt a position of positive neutrality.

Need for putting an end to the “empty-chair” policy

Thirty-two years after Morocco decided to withdraw from the Organization of African Unity (now called the African Union), Moroccan decision-makers have realized that the decision was a miscalculation and a reaction to the organization’s acceptance of the Sahrawi Arab Democratic Republic (SADR) membership.

Over the years, it has become apparent that the withdrawal was harmful to Morocco, but beneficial to the Polisario and Algeria. As Morocco was no longer a member of the African Union, its adversaries had unlimited power to establish alliances against Morocco and adopt resolutions and decisions that have served the Polisario and Algeria’s agenda. This has been more apparent in recent years, when the African Union has started calling upon the United Nations to allow it to play a prominent role in the UN political process aimed at helping the parties to find a mutually acceptable solution to the Sahara dispute.

For example, last April, the AU Special Envoy for the Western Sahara, Joaquim Chissano, attempted to present a briefing to the Security Council in an official meeting. In addition, in May the AU attempted to include the conflict in the agenda of its annual meeting with the UN Security Council.

Cognizant of the detrimental role the AU has been playing, Morocco realized that the time has come to return to the organization and fight the Polisario and Algeria from within.

King Mohammed VI’s message during his Throne Day speech suggests that Morocco intends to return to the AU eventually without making its return contingent on the suspension of the SADR.

Morocco has to adopt pragmatism and realism

Observers and analysts who argue that Morocco should return to the AU only if it suspends the membership of the Polisario or expels it, follow the same logic that led Morocco to withdraw from the Organization of African Unity in the first place in 1984. They also overlook a central factor that would further hurt Morocco’s interests: even if the African countries that support Morocco urge the AU to freeze the Polisario’s membership or to expel it, this goal will not be easy to achieve, but will require long term diplomatic battles.

What renders this goal even harder to achieve is that the Constitutive Act of the AU provides for such scenario only in cases when a government comes to power “through unconstitutional means,” according to Article 30. If Morocco were to achieve the suspension of the SADR, it would need the support of a two-thirds majority, according to Article 32. While Morocco has already obtained the support of 28 states, it would be hard to imagine that it could be able to obtain the necessary two-thirds majority without being a fully-fledged member of the organization.

If Morocco decides to remain out of the AU and wait for the suspension of the SADR, the separatists’ allies will continue to use this organization to their advantage and adopt resolutions aimed at influencing the UN-led political process and put Morocco on the defensive.

Morocco should show more pragmatism and get rid of the complex that cripples its diplomacy in Africa and the erroneous idea that sitting at the same table with the Polisario within the organization means recognizing the SADR as a legitimate state.

That Morocco sits in the same room as the SADR does not provide this entity with any legitimacy. The only international organization that legitimizes statehood is the United Nations. For instance, despite the fact that Kosovo obtained the recognition of more than 130 countries and several regional and international organizations including the European Union and the International Monetary Fund, it does not enjoy the status of a full-fledged state because of the objections of Russia and its allies, which prevented it from obtaining UN recognition.

Even though the so-called Sahrawi Republic is a full member of the AU, under international law, this recognition does not legitimize its statehood, nor does it confer upon it the legitimacy to represent all the Sahrawi. Morocco has to follow the logic that says that a wise person should put his enemy in front of him, not behind him, and that the only way for a person or entity to avoid the blows of his or her enemies is by watching them closely.

The best way for Morocco to fend off all plots that may be woven against it in the future is by being once again a member of the AU and adopting a pragmatic approach unswayed by emotion. Moroccans have to come to terms with an essential fact: Morocco can mobilize support for its position and minimize the negative role that the AU plays in the Western Sahara only through its presence within the organization and by forging alliances that will expand the scope of countries that support its position and call for suspending the membership of the so-called SADR.

Therefore, Morocco should return to the AU regardless of whether or not the AU decides to suspend the membership of the so-called SADR. Morocco’s “empty chair” policy has caused great damage to the country in the past three decades, and Morocco must now adopt a pragmatic and realistic approach that will enable it to forge alliances and secure the mechanisms to thwart the attempts of the African Union i to influence the UN political process.

In the short term, this return would at least create a balance with Algeria and its allies and result in an unprecedented division within the AU between supporters and opponents of Morocco. In depriving Algeria and the Polisario of the overwhelming support they have been enjoying through adopting any resolutions they desire against Morocco, a return to the AU would provide a positive counterbalance in Morocco’s favor.