Rabat - Moroccan boxer Hassan Saada was released from prison on Wednesday after spending six days behind bars for an alleged sexual assault against two cleaning ladies on August 5, in the Olympic village in Rio de Janiero.

Rabat – Moroccan boxer Hassan Saada was released from prison on Wednesday after spending six days behind bars for an alleged sexual assault against two cleaning ladies on August 5, in the Olympic village in Rio de Janiero.

The release came at the behest of Saada’s lawyer, and upon condition that the boxer surrender his passport to Brazilian authorities, stay away from the Olympic village, and return to court to attend the hearing.

Saada was stripped of his passport and ordered not to leave Rio de Janeiro without authorization from the judge.

Due to the charges Saada was unable to participate in his first scheduled fight against Turkish boxer Mehmet Nadir Unal who advanced with a walkover.

Earlier this week, Saada’s fiancé defended him on social media, affirming her solidarity with her future husband and proclaiming his innocence.

Last week, the Moroccan Royal Federation of Boxing released a written statement by the Head of the Delegation, Zoubida Wissam, asserting Saada’s innocence of the charges. 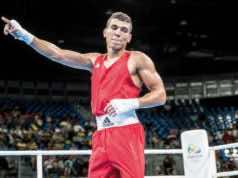 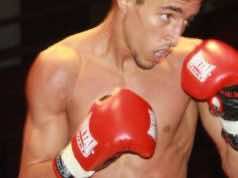