Rabat - The Office of the UN High Commissioner for Human Rights (OHCHR) called on the Nauru authorities to create a mechanism to prevent torture and other violations of the human rights of migrants transferred to the island from Australia, the organization said in statement on Friday. 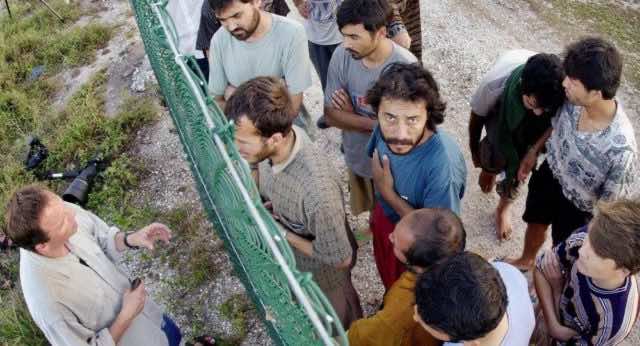 Rabat – The Office of the UN High Commissioner for Human Rights (OHCHR) called on the Nauru authorities to create a mechanism to prevent torture and other violations of the human rights of migrants transferred to the island from Australia, the organization said in statement on Friday.

“We call on Australia and Nauru to expeditiously end the immigration detention of children, and urge the authorities to institute human rights-compliant alternatives. We urge Nauru, as a party to the Optional Protocol on the UN Convention against Torture, to establish a national mechanism for the prevention of torture and we reiterate our offer to assist in this regard,” OHCHR spokeswoman Ravina Shamdasani was quoted as saying in the statement.

She expressed concern about allegations of violence, sexual assault, degrading treatment and self-harm contained in more than 1,000 incident reports from the offshore processing center on Nauru, many of which reportedly involved children.

“We have regularly and persistently brought these to the attention of the governments of Nauru and of Australia. It is not clear to what extent the alleged incidents were properly investigated either by the companies contracted by Australia to run the regional processing center or by the Nauru police force,” Shamdasani added.

This week, The Guardian newspaper reported on 2,000 leaked files on the state of affairs in the Australia-run asylum-seeker center on Nauru Island, that revealed large-scale abuse, with more than half of the cases involving minors.

Earlier in August, Amnesty International and Human Rights Watch published a report based on their representatives’ undercover visits to the Nauru processing center.

The report echoes the concerns by OHCHR, concluding that refugees held in Nauru were being attacked on a daily basis, subjected to inhuman living conditions and denied medical care while the authorities of both countries are ignoring the violations.

Australia’s immigration policy stipulates that asylum-seekers trying to reach the country by boat should not be settled in Australia but be sent for processing to Nauru or to Manus Island in Papua New Guinea, a practice which has been criticized for years by rights groups.

Many of the migrants, asylum seekers and refugees have been transferred to Nauru more than three years ago without a clear understanding of when their applications would be processed.