Casablanca - A Municipal District employee has sued a man who shared a video of her in her office allegedly refusing to serve him. 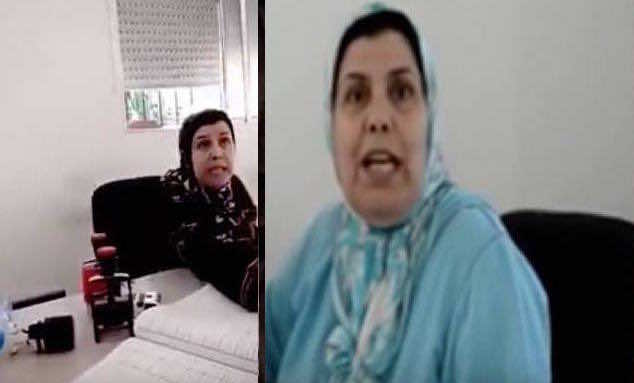 Casablanca – A Municipal District employee has sued a man who shared a video of her in her office allegedly refusing to serve him.

A few days ago, a short video of an employee at the Tangier Municipal District refusing to serve a citizen has gone viral among Moroccan social media users.

The video caused a flood of criticism and discontent among Moroccans, who considered it a perfect example of the humiliation they tend to undergo when dealing with public services.

In response to the criticism, the woman in question made a video explaining the situation and shared it on social media to recount the complete story, which, according to her, started long before the scenes in the video.

“Two citizens came to my office yesterday,” she begins. “I served the first one and he stood next to the wall waiting for his friend. The second one came and handed me a Work Contract. When I asked him about his ID, he said ‘I don’t have it’. Later, he got a tattered copy of his ID from his pocket.”

The woman refused to use the copy of the ID and demanded the original document, as her job requires. In response, the man pulled a book out from his backpack and said, “This is a book on Law, find me one text here that says that a copy of the ID is not an official document.”

The women added in the four-minute video that after a series of actions and gestures from the man, which included “provocative laughter and claps,” she had to move to next citizen in the queue since she could not help him “without the original ID card.”

In reaction to this, the man objected strongly, as his video shows. However, what was not recorded in the video, the woman points out, is that their “provocative” actions escalated and included “swear words this time, which urged other citizens and personnel to stop them.”

Recounting what happened after the last scene of the first video, the Municipal District employee says that the two men got into a skirmish with the personnel. This required the intervention of the head of the agency, who asked them to apologize to her.

When she thought that the issue was resolved and went back to office, one of them followed her to office and threatened, “ I have shot a video, I will share [on social media] and make you regret it,” and then ran away.

The woman concluded that she was later surprised when her son told her that a video of her spread on social media like wildfire. Immediately she prepared the necessary document and gathered the witnesses’ testimonies to sue them.

With an expression of grief, the woman ends her video by saying that nothing will stand in front of her determination to take legal action against the disruptive citizens.