Casablanca - An anti-Israel ad campaign was launched in the buses of San Francisco by a body of American and international groups known as the Seattle Mideast Awareness Campaign (SeaMAC). 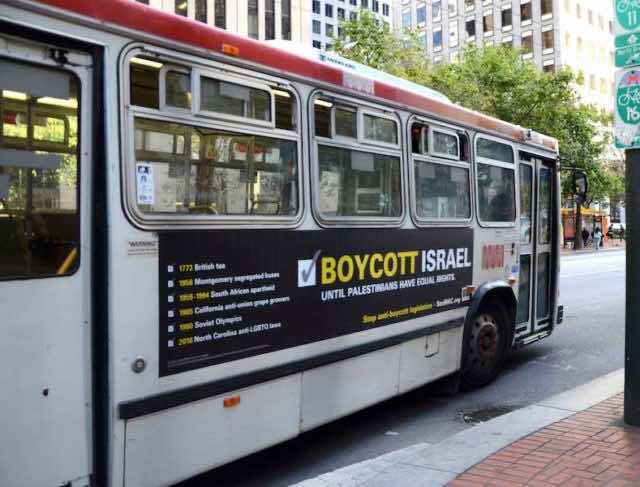 Casablanca – An anti-Israel ad campaign was launched in the buses of San Francisco by a body of American and international groups known as the Seattle Mideast Awareness Campaign (SeaMAC).

The organization, whose mission is to sensitize the public about the crimes of the state of Israel against the Palestinians and their lands, will rollout the ad on buses in San Francisco over a period of four weeks.

“Boycott Israel Until Palestinians Have Equal Rights” is the slogan that features on these ads, along with other slogans such as “Stop Anti-Boycott Legislation.”

SeaMAC’s demands are to boycott Israel and cut down the US government’s political, economic, and military support, with the goal of pressuring Israel to stop its crimes against the Palestinian people in the West Bank and Gaza, as well as inside Israel.

The group stresses that the condemnation of Israel is not meant to target at the Jewish people, but is directed at Israel as a state.

“Criticism of Israel is not criticism of the Jewish people.  Israel is a nation-state, and should be held accountable to the same international humanitarian and legal standards as any other country. Any state that gives special rights to people of a particular religion or ethnicity is morally unacceptable,” asserts the group on their website.

This campaign, and several other anti-Israel campaigns, have confronted a heated opposition from pro-Israel organizations that have sought to ban their activities in the US and elsewhere.

According to Mondoweiss, an independent website that focuses on the Israeli-Palestinian conflict, SeaMAC board member Eduard Mast indicated, “Advocates for Israel’s apartheid are trying to persuade state and national legislatures to outlaw the right to boycott against social injustice in Israel.”

He adds, “This attack on free speech is one more example of demanding special treatment for the state of Israel.”

It is this special treatment of Israel by the US government that is behind SeaMAC’s commitment to educate the public through church, school, and face-to-face presentations and public forums.

“Our government’s special treatment of Israel gives us special responsibility, as US citizens and taxpayers, for Israel’s conduct,” announces the group on their website.

The bus ad campaign includes examples of successful boycott campaigns against social injustice in the past to remind the public of its capability of introducing changes by collectively standing against oppression. The examples include boycott against British tea in 1773, segregated buses in Montgomery in 1956, and South African apartheid between 1959 and 1994. 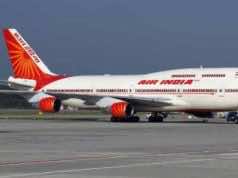 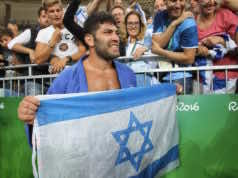 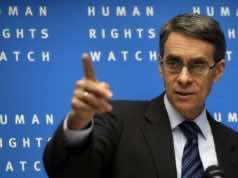