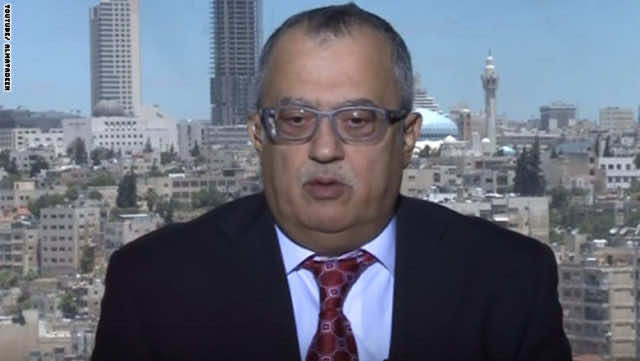 The public prosecutor issued an arrest warrant on Sunday against Nahed on charges of instigating religious strife. The Leftist journalist and writer will remain in custody in Marka prison for a period of 15 days.

According to CNN Arabic, the prosecutor’s decision follows a preliminary investigation in Amman at the behest of Jordanian Prime Minister Hani Al-Mulki. After the judge issued the arrest warrant, Hatter was transferred to Marka prison.

Hatter’s cartoons stirred massive reactions inside Jordan. Around 80 lawyers registered a case against him after they gathered in front of the Palace of Justice in Amman.

In the same regard, a lawyer told CNN Arabic in an interview, “Dozens of complaints were submitted to the attorney general of Amman against Hatter, in addition to the lawsuit against the him in South Amman Court,” noting “there are demands to adjudicate Hatter’s case in the State Security Court.”

Faisal Batayneh, the lawyer who defended Hatter in previous cases, withdrew from Hatter’s defense on Saturday night. The lawyer said that his decision to withdraw is due to the fact that the case goes against his principles.

The same lawyer said that cartoons shared by that his former client on Facebook, which involved the embodiment of the divine, was meant to mock ISIS and the Muslim Brotherhood.

While social media users from different religious background condemned Hatter’s profane act, Hatter denied during his interrogation that sharing the cartoons had anything to do with an intention to mock the divine.