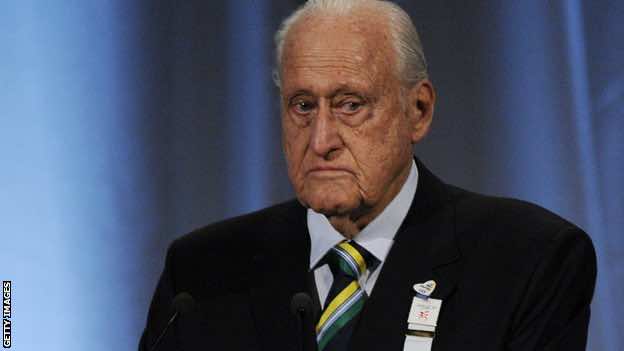 Havelange had been admitted to hospital in July suffering from pneumonia having been ill for some time.

The Brazilian was predecessor to Sepp Blatter at world football’s governing body, serving from 1974 to 1998.

He resigned as Fifa’s honorary president in April 2013 following an investigation into bribery allegations and was admitted to hospital the following year with a lung infection.

He was an International Olympic Comite (IOC) member from 1963 until 2011, resigning because of ill health.

Havelange represented Brazil in swimming at the 1936 Olympics – the year he qualified as a lawyer – before his election to the IOC.

As Fifa president he led the World Cup’s expansion from 16 to 32 teams, with six competitions held under his tenure.