New York - A Muslim family has filed a $25 million lawsuit against the East Islip School District for unlawful discrimination and the violation of their civil rights. 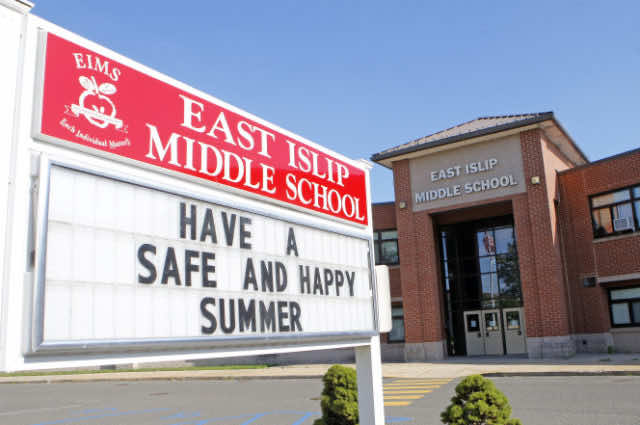 New York – A Muslim family has filed a $25 million lawsuit against the East Islip School District for unlawful discrimination and the violation of their civil rights.

The lawsuit was spurred by an incident on January 6 in the East Islip Middle School in which seventh-grader Nashwan Uppal, 12, claims he was a victim of bullying and name-calling while having lunch in the school’s cafeteria.

The lawsuit states that unlawful discrimination occurred based upon Nashwan’s race, religion and/or national origin, as well as his disability.

Nashwan is a special needs student registered in the school district’s Special Education Department. He has been diagnosed with delayed social development, several learning disabilities and speech, language, vocabulary and communication impairments.

The story was initially reported by several local news agencies in January, but the formal lawsuit, which was filed in Brooklyn federal court, gives a more detailed account of the incident.

Nashwan, a Pakistan-American student, said he was sitting in the cafeteria at the East Islip Middle School when several other students started calling him a “terrorist.”  The boy moved to another section of the cafeteria but the kids followed and taunted him yelling “terrorist” and asking what he would “blow up next.”

According to the lawsuit, none of the adult staff in the cafeteria intervened to protect Nashwan from the bullying.

The lawsuits allege that Stanton and Bernard interrogated the day after his classmates had bullied Nashwan. They yelled and screamed at Nashwan and asked him if he was a terrorist and if he knew how to make bombs. They also asked if he knew Osama bin Laden and if he was a member of ISIS, claims the lawsuit.

Stanton then illegally searched through the boy’s backpack, wallet and cell phone.

The two school officials then demanded that Nashwan write a confession that he was a member of ISIS, that he knew how to make a bomb, that he had bombs at home and he planned to blow up the school, claims the lawsuit.

Nashwan refused repeatedly but was finally forced “under extreme duress” to make a written confession which Stanton and Bernard demanded, said the lawsuit.

During the interrogation, Nashwan’s mother, Ms. Amar was outside the school waiting for her son and texting him, states the lawsuit. The school officials did not allow Nashwan to communicate with his mother.

The police arrived on the scene and took the mother and her son, Nashwan, from the school

in a police squad care and later searched their entire home, including the boy’s room, telephones, and all computers in the house, states the lawsuit.

The family is suing the school district for $25 Million plus punitive damages, attorney’s fees, and expert fees.