Rabat - Agadir, Morocco’s second tourist city relies primarily on the national market, Russia and Algeria. This strategy is line with the strategy of Morocco's National Tourism Office (ONMT), which seeks to attract 800,000 Russian, Scandinavian, Turkish, German and Chinese tourists by 2020. 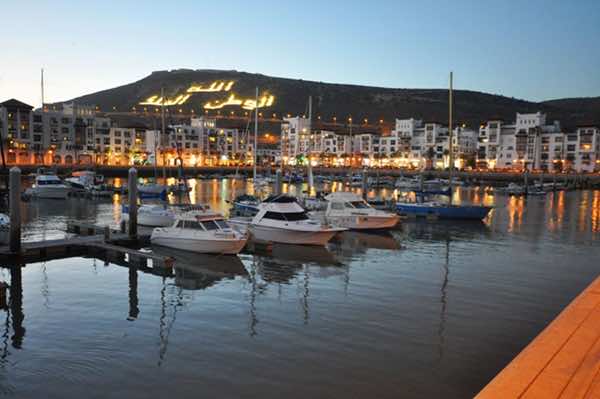 Rabat – Agadir, Morocco’s second tourist city relies primarily on the national market, Russia and Algeria. This strategy is line with the strategy of Morocco’s National Tourism Office (ONMT), which seeks to attract 800,000 Russian, Scandinavian, Turkish, German and Chinese tourists by 2020.

After the relative decrease of tourism in Agadir during the month of Ramadan, the city is expected to regain its usual vitality in the month of August.

In an interview with the weekly TelQuel, Fouad Hajoui, the director of the Regional Center of Tourism known as CRT, states, “In August, arrivals will probably record a rise. We hope to finish the year with an increase of 1 or 2 percent.”

Agadir received 473,000 tourists from January to July, which represents a decline of 3 percent. This decline is due to decreases as high as 20% percent of tourists from important markets such as France, England, and Belgium.

Hajaoui assures that the city is striving to regain its appeal to tourists who have been shunning it and turning to other Moroccan cities, such Marrakech, Morocco’s main tourist destination.

“There are other markets to regain, as the French, English, and German, in decline, or the Scandinavian countries, which are moving towards Marrakech,” He said.

The Russian market, a rising market for Moroccan tourism, also saw an important increase in July compared to the same month in 2015. 5,200 Russian tourists visited the coastal city in July, which constitutes a huge increase of 420%.

Another equally crucial market according to the director of CRT is Algeria. Algeria poured around 3,000 tourists into the city in 2016, with a rise of 40% compared to last year. This rise has urged the professionals to study the possibility of launching an air route  between Algiers and Agadir.

On the other hand, the national market witnessed an upswing of 19,000 visitors in the month of July, which represents an increase of 59.3 percent compared to the same period of last year.

As to Agadir’s tourism problems, the same source reveals that the number of beds the city can provide to its visitors are far fewer than needed. “The bed capacity is unfortunately not sufficient,” Hajoui said. “Some travelers spend the night on the beach or in their cars,” he added.

Like most Moroccan tourist destinations, such as Fez, Marrakech, Meknes and Rabat, Agadir faces a shortage of bed capacity. To alleviate this problem, the Moroccan Ministry of Tourism, launched a new strategy in 2010. Dubbed Vision 2020, this multi-year strategy aims, among many objectives, aims to increase bed capacity to 372,300 beds and attract 20 million international tourists by 2020.

Halfway of the 2020 strategy, it appears that the Ministry is on the right path towards achieving its goal of bed capacity. According to statistics provided by the Ministry, Morocco’s bed capacity increased from 97,000 beds in 2001 to more than 230,000 beds at the end of 2015.

In addition to increasing bed’s capacity, the Ministry of tourism strives to expand the tourism market in China and North America. To achieve this goal, Morocco seeks to increase the number of flights between the target countries and the Kingdom’s main tourist destinations, such as Marrakech, Fez, Agadir, Rabat.