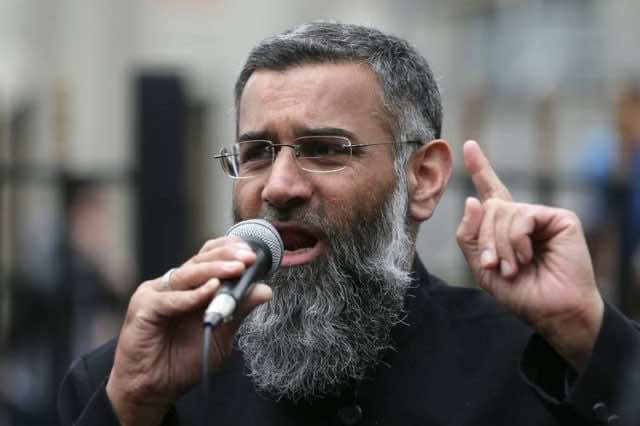 London – Our own right to oppose the Islamic cleric depends upon his right to speak.

‘I can feel your anger. I am defenceless. Take your weapon. Strike me down with all of your hatred and your journey towards the dark side will be complete.’

It is a cliché to say that when we become like our enemies the battle is already lost. But, like most clichés, it is true. In Robert Bolt’s play Man for All Seasons a religious antagonist confronts Sir Thomas Moore to oppose the rule of law. He asserts that it would be just to cut down all the laws in England to capture the devil himself. Moore replies:

‘Oh? And when the last law was down and devil turned round on you, where would you hide, the laws all being flat?…Yes, I’d give the devil the benefit of law for my own safety’s sake!’

The sentencing of Anjem Choudary for the crime of ‘supporting Islamic State,’ serves, or should serve, as a reminder that our freedoms are under attack in modern Europe. It ought to be pedantically obvious that our freedom to oppose the Islamic State is inseparable from Choudary’s freedom to support it. The question also arises as to how meaningful our opposition to Islamism really is, while we continue to share so many of its assumptions. Either we believe in freedom of expression or we don’t and currently, like the Islamic State, we don’t. We, like them, believe that certain things are unsayable and therefore that certain thoughts are unthinkable. However appalled you are by Anjem Choudary, it should pale in comparison with how appalled you are by the fact that the British state can currently bring legal sanctions against beliefs described arbitrarily by itself as ‘extremism.’

Choudary is the definition of an Islamic fundamentalist. He was a student of the pro-caliphate group Hizb ut-Tahrir (Party of Liberation) and later a spokesman for the now banned Al-Muhajiroun, which openly called for global jihad. But it is precisely because we disagree with these ideas (if we do) that we must, at all costs, hold our noses and continue to allow them to be expressed. This does not mean that we should ‘tolerate intolerance,’ but that it is self-evidently intolerant to make laws about what is tolerant and what is not.

The only way in which enlightenment values can be asserted is by argument and dialectic, that is, by collision with opposing views. As John Stuart Mill famously argued in his essay On Liberty, if all of humankind were united behind one opinion and only one person were of the opposing view, the majority would have no more right to silence her than she would have to silence the multitude. Indeed, the views of such a person must be given extra protection. This is not just because the truth is always unpopular when it first emerges, but also because contact with this perhaps evil person will strengthen the resolve and the rational underpinning of the principles we hold dear. In short, we need Anjem Choudary so as not to forget who we are.

It is also essential however that we do not slide into sickly cultural relativism and claim to the frankly bigoted position that we have to respect Muslims who have repugnant values because ‘it’s their culture.’ Our response needs be the good, old-fashioned defence of liberty for all and the insistence on the equality of all people. If human beings are indeed equal and Anjem Choudary may not prevent others from speaking, it follows that others cannot prevent him from speaking either. Freedom of speech is meaningless unless it means the freedom of the person who thinks differently. Fundamental rights must be extended to everyone. That includes Islamists and racists and sexists and even Chelsea supporters. It includes everyone. This idea both thickens our armour against creeps like Choudary and empowers the moderate Muslims we hear so much about.

We are a still long way from becoming the society that Choudary and his cohorts want to create, but once we have given away his right to free expression we have forfeited our own. We are providing our enemies with the tools to carve out our destruction. We, like Luke Skywalker’s friends out there on the sanctuary moon, are walking into a trap. We may take heart from the impossible overconfidence of the supporters of the caliphate, spurred on as they are by a suicidal energy derived from the staggering unlikelihood of their victory. But is it not the case that we have less to fear from them than from what they can turn us into?

Once we remove the fundamental freedoms that separate our vision of society from theirs, we hasten the day when those in our midst, those enemies of freedom who have been here all along, can destroy the enlightenment values that were paid for in ink and in sweat and in blood. For now we can taunt Anjem Choudary as Skywalker taunts the Emperor: ‘Your overconfidence is your weakness.’ But if we allow ourselves to forget what is most precious to us, there is nothing to prevent him from echoing the Sith Lord’s chilling reply: ‘Your faith in your friends is yours.’