Casablanca - Following in France’s footsteps, the German interior minister has called for a partial ban of the burka in Germany. 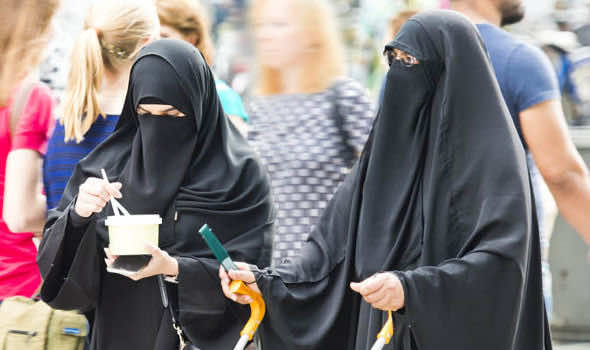 Casablanca – Following in France’s footsteps, the German interior minister has called for a partial ban of the burka in Germany.

German’s interior minister Thomas de Maizière called for banning the controversial Islamic garment in Germany noting that it is not representative of Germany’s perception of the role of women.

The burka is a long flowing, usually black, gown which covers a woman’s face and, sometimes, her eyes.

“We agree that we reject the burka,” said Maizière.

“We agree that we want to introduce a legal requirement to show one’s face in places where it is necessary for our society’s coexistence: at the wheel, at public offices, at the registry office, in schools and universities, in the civil service, in court,” The minister said according to RT.

The minister adds that the burka does not conform to the country’s pluralistic reality and aspirations.

“It doesn’t fit in with our open society. To show one’s face is crucial for communicating, for living together in our society and keeping it together,” said the minister in a conference related to security reforms Thursday.

Maizière said that when passed, the bill will make it compulsory for all Muslim women to show their faces in public places and that any disregard of this requirement will be a punishable offense.

“In the areas where it serves a function to show one’s face, we want to make it a rule .?.?. and this means whoever breaks it must feel the consequences.”

German Chancellor Angela Merkel says that women wearing the burka are less likely to integrate within the German society. Merkel said whether the burka is to be banned or not depends on “finding the right political and legal balance.”

The Central Council of Muslims in Germany says that there are no actual figures as to how many women wear the burka.  However, a Survey by the Federal Office for Migration and Refugees that dates back to 2008 shows that 28 percent of Muslim women in Germany wore Islamic clothing.  This figure includes all forms of Muslim woman’s dress including the burka and hijab, a scarf which covers the hair and neck.

Journalist Fabian Köhler conducted an investigatory study to find burka wearers in Germany.  Köhler, who admits that he had never seen anyone with a Burka in his life, asked social media users to notify him should they see a burka wearer.

After two false leads, Köhler , who writes online publication Bento, reports that he did not find a single burka wearer in Germany

“I have been in the diplomatic service since 1997,” said Abed Nadjib, Minister Counselor at the Embassy of the Islamic Republic of Afghanistan in Germany, told Köhler.

“I have until this time not seen a single woman in Germany wearing a burqa. In Germany nobody wears the burqa,” said Nadjib.

A more ferocious debate about the Islamic full-body covering took place in France in 2009. However, the small number of burka wearers in the country made many accuse French politicians of raising a marginal issue to distract people from the more urgent social and economic crises. 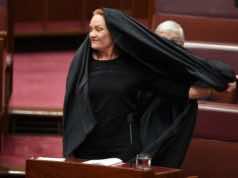