Tangier - King Mohammed VI, accompanied by Crown Prince Moulay El Hassan and Prince Moulay Rachid, chaired, on Sunday at the Marshane Palace in Tangier, a reception on the occasion of his 53rd birthday of the Sovereign. 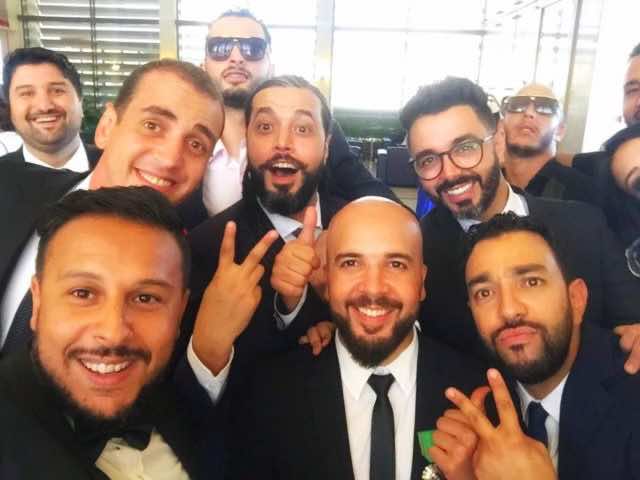 Tangier – King Mohammed VI, accompanied by Crown Prince Moulay El Hassan and Prince Moulay Rachid, chaired, on Sunday at the Marshane Palace in Tangier, a reception on the occasion of his 53rd birthday of the Sovereign.

On this occasion, the King decorated several personalities with royal Ouissams.

Thus, the Sovereign granted Wissam Al Moukafaa Al Wataniya of the Commander order to Rachid Benzine, a Paris-based writer and thinker in Islamic issues, Karim Muttalib, General Administrator of the Louvre Museum in Paris, Roschdy Zem, actor and international director, Mohamed Rabii, world champion in boxing in 2015 and winner of the bronze medal in Rio 2016, Walid Regragui, football coach and former professional player, and late Moha Oulhoucine Achiban, aka “the Maestro”, former head of a folklore Amazigh band (the wissam was given to his son Al Houceine Achiban).

The Sovereign, thereafter, handed Wissam Al Istihkak Wathani of the second order to Inass Saif, a France-based student who obtained 19.60 in the 2016 baccalaureate.

After the ceremony, the King was greeted by Anass Essemari, a disabled 21-year-old man who has been benefiting from the Sovereign’s benevolence from the age of six. This high royal solicitude has allowed this youn man to continue his studies in Canada and overcome his disability. Anass Essemari was accompanied by his mother Majda Karama.