Istanbul - Fifty-one people were killed and 69 injured after a child suicide bomber detonated at a wedding in southeastern Turkey on Saturday, president Recep Tayyip Erdogan said. 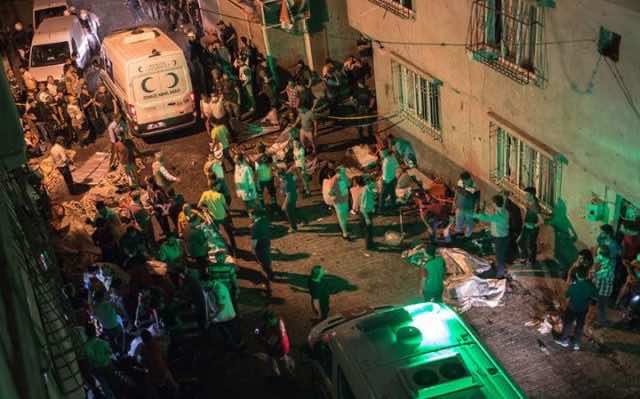 Istanbul – Fifty-one people were killed and 69 injured after a child suicide bomber detonated at a wedding in southeastern Turkey on Saturday, president Recep Tayyip Erdogan said.

The deadly attack in Gaziantep was carried out by a suicide bomber between the ages of 12 and 14, President Recep Tayyip Erdogan told reporters in Istanbul on Sunday, citing police sources.

The Turksih president issued a statement earlier saying that the Islamic State was probably behind the attack and that its aim was to sow divisions among ethnic groups in the country and to “spread incitement along ethnic and religious lines”.

There was no claim of responsibility immediately after the attack.