Rabat – King Mohammed VI has received a cable of congratulation from French President François Hollande on the Youth Day. 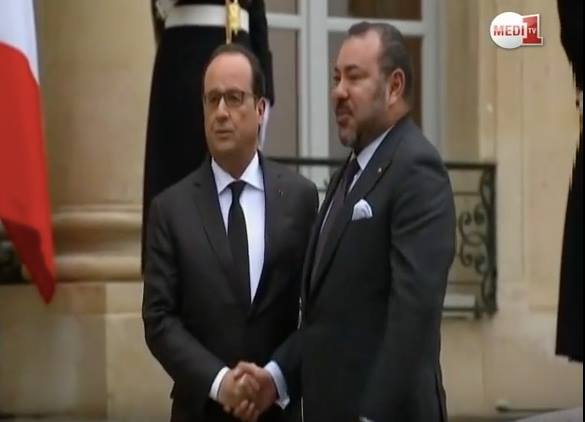 Rabat – King Mohammed VI has received a cable of congratulation from French President François Hollande on the Youth Day.

In the letter, the French President expressed his willingness to further strengthen the relations between Morocco and France and praised Morocco’s commitment to fighting terrorism and radicalization under the leadership of King Mohammed VI.

“On this special occasion, I wish once again ensure Your Majesty of my commitment to further develop the exceptional partnership that characterizes the relationship between our two countries. I also extend to Your Majesty the renewed expression of the true friendship of France for the great Moroccan people”, the French president said in this cable.

Hollande noted that France, a steadfast partner of the Kingdom, will continue to support consistently the ambitious reforms undertaken by the Sovereign in favor of political openness, freedom promotion and sustainable development of Morocco.

Expressing his affection for the solidarity of HM the King following the Nice and Saint-Étienne-du-Rouvray attacks, the French President said that “face the terrorist threat, which can strike at any time, we count on the close and constant cooperation of Morocco so resolutely committed to fight radicalization”.