Rabat - An Egyptian boy crossed the Mediterranean Sea in a rubber boat to Italy in an attempt to save his brother’s life. 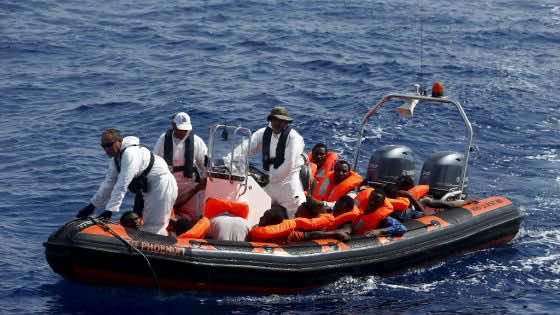 Rabat – An Egyptian boy crossed the Mediterranean Sea in a rubber boat to Italy in an attempt to save his brother’s life.

The boy who comes from a poor family in the Egyptian city of Rosetta set off on the  arduous quest in the hopes of saving his younger brother who suffers from a rare blood disorder called thrombocytopenia.

The family’s indigent situation cannot support their youngest son’s treatment expenses; especially that the boy is diagnosed with a rare disease.

Ahmed Mahmoud, 13,  was reportedly hidden by smugglers in a small warehouse with other refugees from Egypt. After a long journey with the refugees in a boat, the boy reached the Italian Island of Lampedusa.

Throughout the whole journey, the boy held on to documents proving that his brother carries an uncommon disease.

Italian authorities put him in a shelter , but his determination to find money to cure his 7-year-old brother drove  him to run away and find work.

The story was featured in a video report by Aljazeera.  According to the report, the boy says: “I wish to see my brother play with me tirelessly, and I’m afraid he’d faint.”

Many people in Italy heard of Ahmed’s courage and dedication. Italian Prime Minister Matteo Renzi called on the Italian authorities to help the boy realize the dream he set off for.

Italian authorities later announced that would cover the treatment expenses for Ahmed’s brother. An Italian hospital announced that will be in charge of the case of the sick brother.