Rabat-  Veilkini, a brand of fashionable swimwear, announced it will pay the  fines for any Muslim women wearing Burkini in France.

Rabat-  Veilkini, a brand of fashionable swimwear, announced it will pay the  fines for any Muslim women wearing Burkini in France.

Veilkini expressed its solidarity with Muslim beachgoers amid the recent abuses they have endured from the burkini ban in several French cities, in a post on its Facebook page.

Veilkini added that it can bear the costs of its clients’ fines, noting that they have to send a copy of the fine’s bill to Veilkini’s officials and they will transfer the fine’s amount immediately.

Last week, Le Parisien reported that an Algerian took the initiative to pay the fines to three women were forced to pay a fine for wearing Burkini after the French town of Cannes had officially confirmed its Burkini ban by issuing fines to Muslim beachgoers.

Over the weekend, social media users shared photos of nuns wearing their habits, a garment similar to a burkini.  Many of the social media chat expressed dismay at the burkini’s ban altogether. 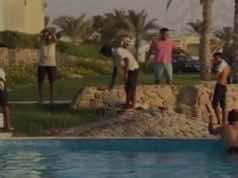 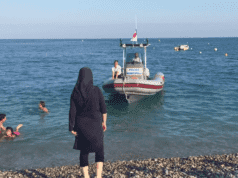