Rabat - Morocco's FUS Rabat finished top of their CAF Confederations Cup Group B after playing to a goalless draw against Tunisia’s Etoile du Sahel at the Stade Moulay Abdallah in Rabat on Tuesday night. 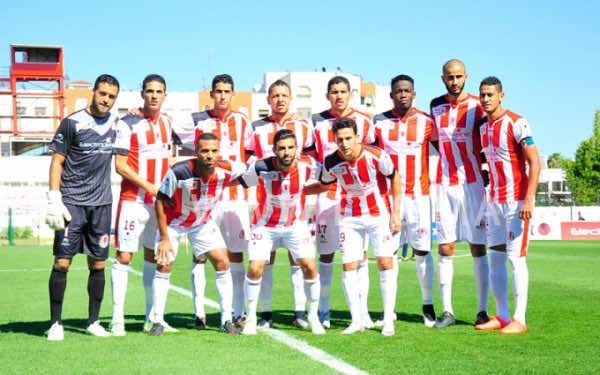 Rabat – Morocco’s FUS Rabat finished top of their CAF Confederations Cup Group B after playing to a goalless draw against Tunisia’s Etoile du Sahel at the Stade Moulay Abdallah in Rabat on Tuesday night.

The draw enables the Moroccan side to top Group B with 12 points, one point ahead of Etoile du Sahel who also qualify for the semifinals of the competition.

Earlier in the day, it was Algeria’s Mouloudia Olympique Bejaia who secured second place in Group A with a 1-0 win over Medeama.

Meanwhile, Mazembe strode into the last four. The Congolese signed off on the group stages with a 3-1 win over Young Africans.

FUS Rabat will play Mouloudia Olympique Bejaia in the semi-final, while the Congolese side will meet Etoile du Sahel.

The first-leg fixtures will be played on September 16 whilst the return legs will be contested on the 23rd of the same month.