Rabat - Following the fine imposed by the Union of European Football Association on Celtic fans, the Green Brigade group of Celtic supporters have raised over £130,000 for Palestine. 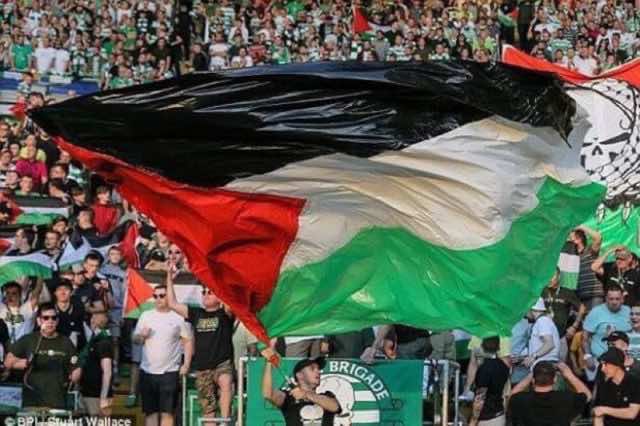 Rabat – Following the fine imposed by the Union of European Football Association on Celtic fans, the Green Brigade group of Celtic supporters have raised over £130,000 for Palestine.

In a gesture of solidarity with Palestine and in denunciation of the ongoing Israeli oppression of the Palestinians, the fans of Celtic Football Club, Scotland’s most famous football team, waved the Palestinian flag last Wednesday in a match between Celtic FC and the Israeli team H. Beer-Sheva.

The incident made headlines last week and disciplinary measures are expected by the Union of European Football Association.

The statement continues: “This case will be dealt with by the UEFA Control, Ethics and Disciplinary Body on 22 September.”

Meanwhile, Celtic Fans launched a funding campaign was on GoFundMe.com in a stark attempt to defy the UEFA’s decision.

According to Middle East Eye, the campaigners vowed to match any fine imposed by UEFA. Consequently, the target of £15,000 they set equals the previous fines levied against them in 2014 for similar a cause.

Social media users, however, have spread the word extensively, and contributors have donated over £70,000.

The campaign story at GoFundMe.com clarifies that the raised money will be split equally between Medical Aid Palestine (MAP) and a cultural center in Aida Refugee Camp named Lajee Center.

“From our members’ experiences as volunteers in Palestine we know the huge importance of both organizations’ work and have developed close contacts with them,” say people behind the campaign on GoFundMe.

The crowdfunding campaign has received up to four contributions per minute as well as numerous comments hailing the solidarity gesture, the funding campaign, and Palestine. A popular comment says:

“I might support the team from the other side of the city, but having spent time in Gaza and Palestine I’m more than happy to contribute to your cause. Total respect to Celtic fans for taking a stand”.