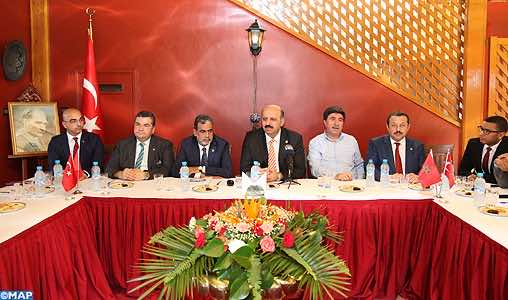 This came in a meeting between Chairman of the Committee on Foreign Affairs, Defense, Islamic Affairs and Moroccans Living Abroad, Mehdi Bensaid, and a Turkish parliamentary delegation led by Chairman of the Turkish Group of the Parliamentary Assembly of the Union for the Mediterranean, Ali Ercoskun.

Bensaid told MAP following the meeting that the talks focused on means to strengthen parliamentary relations between the two countries, calling for consolidating cooperation in this field.

Moroccan and Turkish MPs have participated in several international meetings organized by international institutions, including the Council of Europe, he added, stressing the importance of taking advantage of cooperation to strengthen coordination in international forums to defend a multitude of causes.