New York - SEO or search engine optimization is often an umbrella phrase used synonymously in conjunction with the broader phrase, online marketing. And because Google is still the largest internet traffic gatekeeper, the ability to drive traffic from search engines is lucrative and can mean the difference between new leads and sales, or closing down a business. 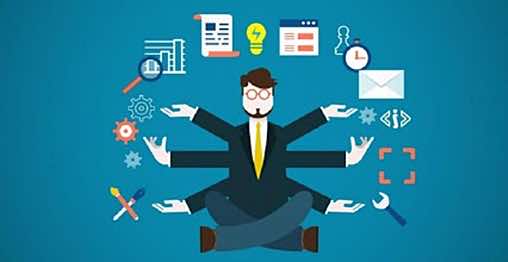 New York – SEO or search engine optimization is often an umbrella phrase used synonymously in conjunction with the broader phrase, online marketing. And because Google is still the largest internet traffic gatekeeper, the ability to drive traffic from search engines is lucrative and can mean the difference between new leads and sales, or closing down a business.

Dan Anton is a retired military veteran, who developed cutting edge SEO software to automate many of the repetitive tasks associated with organic marketing. Over the years many algorithm updates, such as Penguin, Panda have caused other fly-by-night marketing agencies to vanish, while SaaS (software as a service) products such as Backlinks Indexer and Crowd Search remain the two most popular organic SEO products over the last six years, which is an eternity in search engine years.

An Accidental SEO Empire Was Born

The software was initially used in-house to obtain traffic and ranking increases for a video game social networking website, CharacterPlanet, in 2006, which is now defunct. After obtaining top page 1 rankings for mega-competitive terms such as gaming, mmorpg, mmo, and online gaming, Dan realized he had a service that could be replicated and valuable to businesses seeking real-world business leads, and not casual video game traffic. With thousands of unique visitors a day, the website was hacked, became non-functional and reluctantly shut down. This had accidentally birthed what would become the largest international SEO service, under the guidance of Dan Anton.

SEO is time-consuming and often involves registering to websites, writing content, placing links, social networking, and driving traffic. With a computer science background, and past experience as a military leader, Dan was able to see patterns and leverage unskilled labor and software to provide the maximum value to a marketing campaign without sacrificing quality. While human labor alone would sky-rocket costs, and software being limited by machines, the combination has created unique synergies, creating the largest network of website owners sharing human-readable content and dispersing it on social media channels.

This transformed the variable costs of labor to a more fixed cost, freeing up search engine marketing budgets for higher skilled activities such as native english content writing or networking versus the labor intensive tasks of acquiring backlinks at scale, traffic, and social activity.

Most SEO agencies are locally focused, but Dan’s services were and are agnostic, meaning they were promoted and used by other search engine marketing agencies around the world, and promoted by heavyweight affiliates such as Terry Kyle and Jon Leger, resulting in Dan Anton being a co-author in the book: The Rockstars of JVZoo, and nominated one of the top 10 Product Creators in 2015 by JVZoo.

Instead of having dozens, or hundreds of regional clients, Dan’s SEO software allowed a larger scale, while keeping pricing low, resulting in growth in multiple countries outside of the USA, Canada and UK. This success led to multiple speaking engagements and interviews where Dan would discuss his internet marketing products with top experts such as Mike From Maine and Bradley Benner.

Future of SEO and Internet Marketing

With a growing number of emails and calls for Dan Anton to handle all aspects of a company’s online marketing, he decided to create a client-facing agency to manage high-end direct clients, Atlanta SEO marketing agency, where the agency would take personalization to its logical conclusion, offering a private 1 on 1 consultation performed over video or phone call. This would separate the agency from other marketing companies who simply wanted the prospect to “trust” them without first offering value or transparency in services to be rendered. The end result has been a sharp increase in client acquisition and positive feedback, dominating a major U.S city, providing cradle to the grave consulting and SEO, including organic best onpage search practices and advanced paid traffic techniques.

Marketing is an odd industry, where the catch 22 is you have to market yourself to prove you can market others. In a hyper competitive, specialty environment such as SEO, most agencies refuse to work with others, and keep everything in-house to safe-guard client poachers. Dan’s business model has been to help make web designers and SEO agencies lives easier by offering simple, yet powerful solutions and never directly contacting clients, and honoring the true wholesale experience, respecting the chain of command. Even though hundreds of direct business owners use his tools and software, thousands of agencies rely on his services to preserve profit margins, discretion in white label reporting, and most importantly, consistent, long term results for their own clients. Dan Anton latest products and services are viewable from his main website. All new clients are given access to helpdesk support, phone and email. While his business is run by automation a human will always give consultations and support, a testament to the last 10 years as a product creator and influencer in the Internet marketing search engine industry.