Rome  - A young Moroccan man is treated at a hospital in Ancona (center) for minor injuries following the magnitude 6.2 quake, which struck a mountainous area of central Italy early on Wednesday, Italian Ministry of Foreign Affairs said. 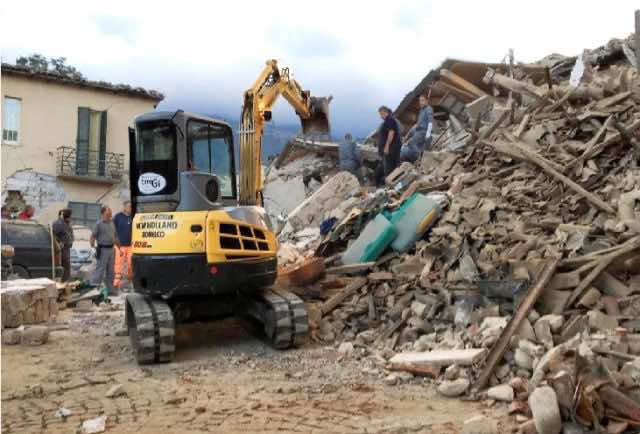 Rome  – A young Moroccan man is treated at a hospital in Ancona (center) for minor injuries following the magnitude 6.2 quake, which struck a mountainous area of central Italy early on Wednesday, Italian Ministry of Foreign Affairs said.

Moroccan diplomatic sources confirmed this information to MAP, adding that this young Moroccan mechanic, who lives in Amatrice, one of the most devastated towns by the earthquake, is “currently being treated for minor injuries at a hospital but his condition is not worrying.”

According to the same sources, the cell crisis set up at Morocco’s Embassy and Consulate General in Rome are trying to learn also about the reasons for the admission of three other Moroccans to various hospitals and whose names appear on a list of the Italian Foreign Affairs Ministry.

Contacts are ongoing with the competent Italian authorities, including the departments of Interior and Foreign Affairs, to be informed on the presence of Moroccan nationals among the earthquake’s victims, Morocco’s ambassador to Italy Hassan Abouyoub told MAP last Wednesday.

Two crisis cells were set up at the embassy and at Morocco’s general consulate in Rome to monitor the situation and keep in touch with Italian authorities, the diplomat said.

Italy’s Civil Protection Agency said the death toll from Wednesday’s quake rose to 290 people, as rescuers found more bodies overnight and early Saturday. A 6.2-Magnitude quake struck central Italy before dawn on Wednesday, razing several mountain towns and injuring hundreds. The government has declared Saturday a national day of mourning for the victims, ordered that all flags on public buildings fly at half-mast. It also decreed 180-day state of emergency for the regions affected by the earthquake.